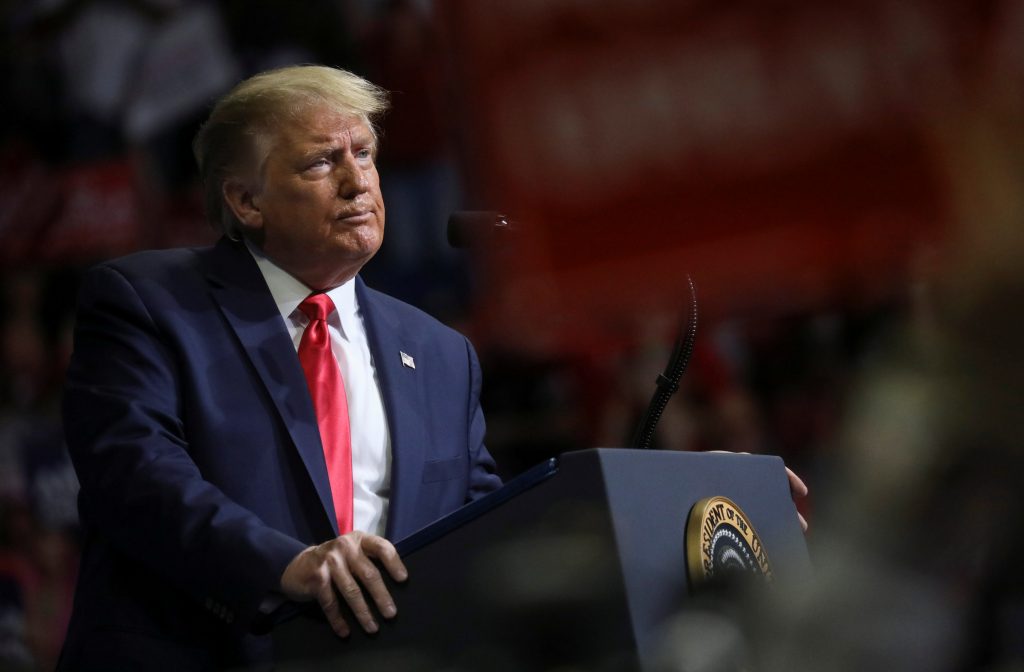 President Donald Trump on Saturday told thousands of cheering supporters he had asked U.S. officials to slow down testing for the novel coronavirus, calling it a “double-edged sword” that led to more cases being discovered.

A White House official said Trump was joking about his call for a slowdown in testing.

“He was obviously kidding. We are leading the world in testing and have conducted 25 million + in testing,” the official said.

Trump said his actions in blocking travelers from China and Europe had helped save “hundreds of thousands of lives.” But he said the “radical fake news” media had not given him credit for doing what he called “a phenomenal job” responding to the outbreak.

Health experts say expanded diagnostic testing accounts for some, but not all, of the growth in cases. They also call it a key tool in fighting the spread of the disease, which had been detected in at least 2.23 million people across the United States as of Saturday.

COVID-19, the disease caused by the novel coronavirus, has killed more than 119,000 Americans to date. A mounting volume of infections is elevating hospitalizations in some places.

In his remarks, Trump used terms such as “Kung Flu” virus and “Chinese virus” to refer to COVID-19. “That name gets further and further away from China, as opposed to calling it the Chinese virus,” he said.

Seventy-six percent of Americans remain concerned about the spread of COVID-19, according to the latest Reuters/Ipsos poll.