Community Return of the Tehillim of the Kopyczynitzer Rebbe, Zy”a
Community 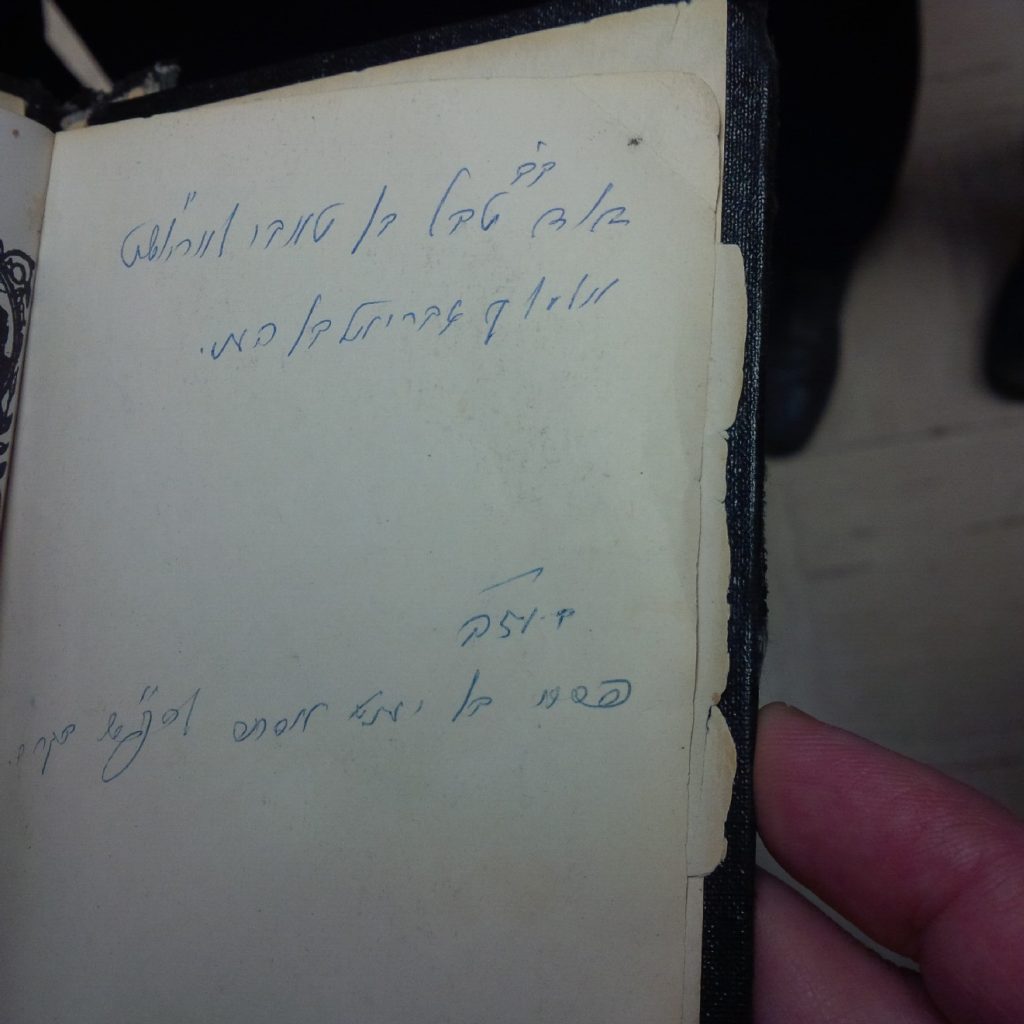 More than 50 years after the petirah of the Kopyczynitzer Rebbe, Harav Avraham Yehoshua Heschel, zy”a, the Rebbe’s personal Tehillim and siddur were returned to his family by an unknown individual.

A week before Pesach, a plastic bag was found hanging on the outside, locked door of the Kopyczynitzer Bais Medrash in Boro Park by a young bachur, a great-grandson of the Rebbe. At first he thought it was sheimos, but then after realizing that it belonged to the Rebbe, he notified an older family member, and took into the shul and placed in a secure location.

It was a particular hard week in the community, which was reeling with news of coronavirus victims, and both the bachur and the family member he notified – who was himself laying in bed with fever – had many other, more pressing matters on their minds. Both promptly forgot about it.

This past Thursday night, at the conclusion of the now resumed weekly shiur on Ohr Hachaim Hakadosh given by the present Kopyczynitzer Rebbe, shlita, the bachur suddenly remembered about the bag, and brought it to the Rebbe.

In addition to have the stamp of the Kopyczynitzer Rebbe, Harav Avraham Yehoshua Heschel, zy”a, the Tehillim also has a number of names for tefilos written in the Rebbe’s handwriting – including that of the legendary askan, Reb Elimelech Gavriel “Mike” Tress, z”l, with whom the Rebbe had an extraordinary close relationship.

The stamp in the well-worn siddur has Rebbes address in Vienna, where he resided until he was forced to flee from the Nazis in 1939, indicating that this was a siddur he used before the war.

There was no note in the bag, but the family assumes that whoever had taken it had decided, amid the coronavirus raging, had been inspired to return it.

The present Kopyczynitzer Rebbe, shlita, used it as a lesson to impart his chassidim.

“This shows that it is never too late to do teshuvah,” he said.

According to the Rebbe’s younger brother, Rabbi Avraham Y. Heschel, the family was long aware that various possessions belonging to his grandfather, as well as his father, the previous Rebbe, Harav Moshe Mordechai, zy”a, had disappeared after their petirah.

“There are still quite a few items, including some sefarim, a large collection of valuable letters, and a very special shofar, that is still missing. In some cases, they may have been lent out with permission, but were never returned. Whoever has any of them in their possession is encouraged to emulate this unknown person and return it to the rightful heirs. No questions will be asked.”