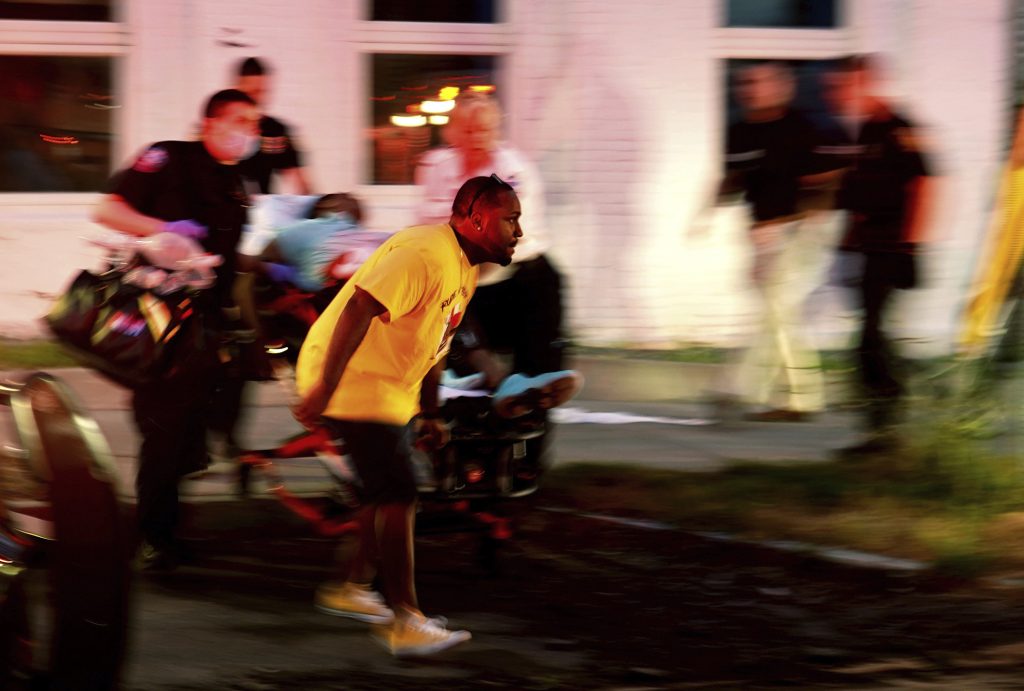 Nine people were shot at a large party in Syracuse, authorities said, and one victim, a 17-year-old boy, was in critical condition Sunday.

No one was immediately taken into custody, and Syracuse Police Chief Kenton Buckner emphasized that the investigation was in its early stages in an appearance at a press conference alongside Syracuse Mayor Ben Walsh.

Syracuse officers had arrived at the scene just before 9 p.m. for reports of a stolen car, but responding officers were met by people who said shots had been fired into the crowd of a “few hundred,” Buckner said. The police chief said his officers didn’t hear the gunshots.

In addition to the 17-year-old, who was shot in the head, the shooting victims ranged in age from 18 to 53, Syracuse police said in a news release. They were expected to survive.

A woman who identified herself as the party’s hostess told the Post-Standard of Syracuse that she has celebrated the birthday of her son, Ryedell Davis, every year for 14 years and there was never a problem before.

“I’ve had a birthday party for my son every year, and this never happened,” Annetta Peterson said. “This never, ever happened.”

Witnesses told the newspaper that several hundred people had gathered for food and music, but shots rang out shortly before the party was to end at 9 p.m.

Walsh said no city permits were granted for the event.

“We wouldn’t issue approvals for a gathering of this size,” the mayor said.

The scene was safe with no lingering threat to the public, Buckner said. Agencies from around the region had helped respond to the scene, Walsh said.

A “self-transport” to the hospital was involved in a vehicular accident with a police officer near the scene, the police chief said.

“Our city is a very resilient city. We’ve taken a lot of licks over our history, and this will certainly be one we remember, but we’re trying to figure out who’s responsible for this so that we can hold those individuals accountable,” the police chief said.

Answering a reporter’s question at the press conference, Walsh said fireworks — at least two of which went off in the distance, visible over the police chief and mayor’s shoulders — and gun crime were “plaguing” cities across the U.S.

“This is our city, and we’re going to do everything we can to protect it,” the mayor said.