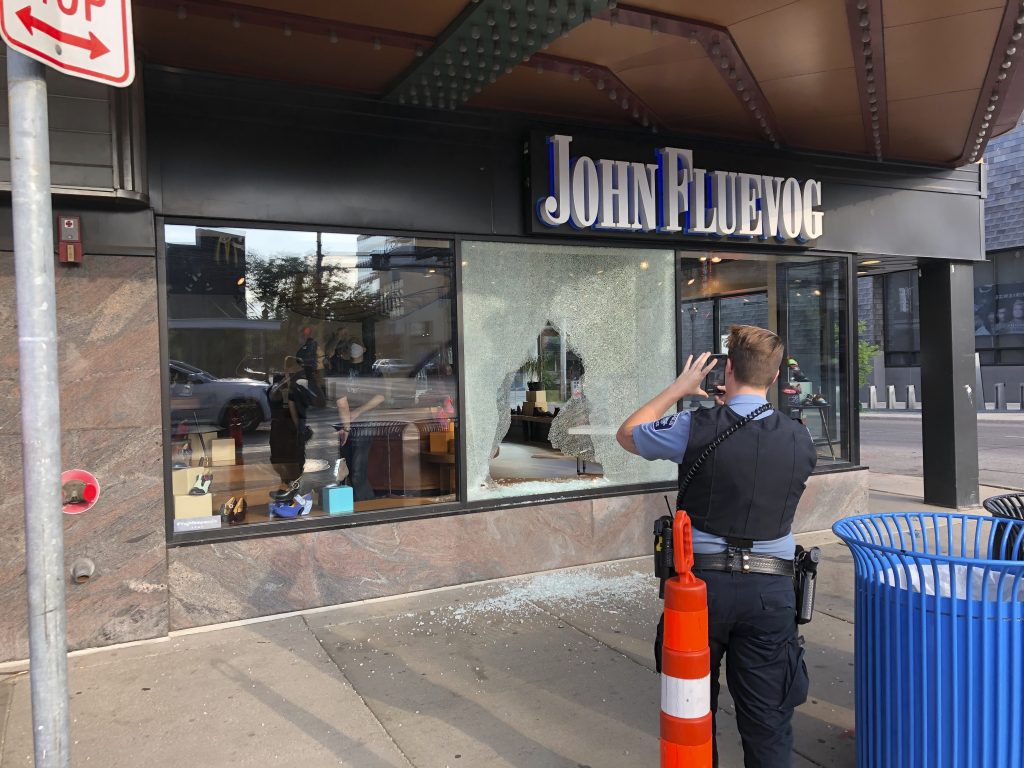 One man is dead and 11 people suffered nonlife-threatening wounds in a shooting in Minneapolis, police there said early Sunday.

Minneapolis police had first said 10 people had been shot with “various severity levels of injuries,” but revised their total in a tweet posted just after 3 a.m.

The name and age of the deceased weren’t immediately released, and it wasn’t clear whether anyone was taken into custody.

An initial tweet from Minneapolis police advised the public to avoid the area in Uptown Minneapolis. The address provided corresponds to a commercial district, near several restaurants. Minnesota began allowing restaurants to reopen with limited service on June 1 after some six weeks of closure because of the coronavirus pandemic.

Screams were audible on a live video posted online that showed the aftermath at the scene. Small crowds of people gathered, with some crouched over victims lying on the pavement before police officers on bicycles showed up to attend to them. Splatters of blood were visible on the pavement after the victims were taken to local hospitals.

The area is about 3 miles west of the Minneapolis commercial area and neighborhood hit by rioting in the wake of George Floyd’s May 25 death after being arrested by Minneapolis police.

Floyd’s death has sparked a move to overhaul the Minneapolis Police Department, with a majority of City Council members pledging support for dismantling a department that many community activists have called brutal and racist. That’s prompted pushback from opponents who question how citizens will be protected from violent crime. Even the most aggressive proponents for change have acknowledged it’s many months away and they’re not sure what it will look like.