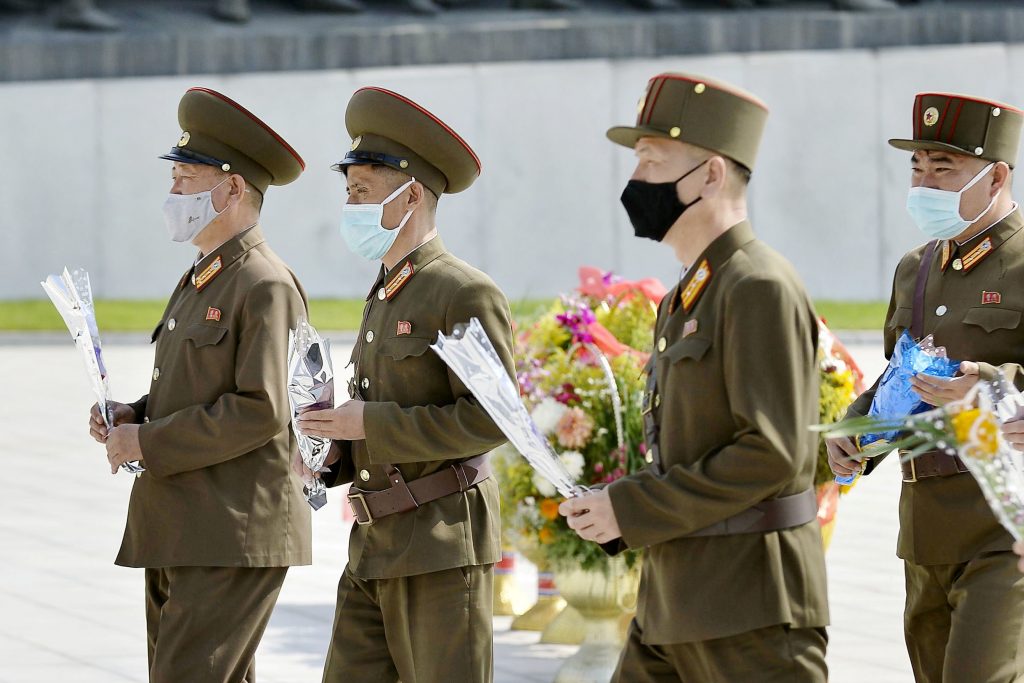 North Korea pledged to push ahead with its campaign to send propaganda leaflets into South Korea, saying it is not bound to any inter-Korean agreements, state media said on Sunday.

Tension has been rising after North Korea blew up a joint liaison office and threatened military action over defectors in the South sending anti-North leaflets across the border.

As state media reported angry North Koreans gearing up for their own “large-scale” leaflet campaign, Seoul’s Unification Ministry handling cross-border affairs on Saturday urged the plan to be scrapped citing a violation of peace agreements.

The United Front Department of the North’s ruling party, in charge of inter-Korean affairs, rejected the ministry’s calls as an “absurd nonsense.”

“Given their own wrongdoings, how dare they utter such words as regret and violation?” the department’s spokesman said in a statement carried by state media KCNA.

“When they are put in our shoes, the South Korean authorities will be able to understand even a bit how disgustedly we looked at them and how offending it was for us.”

The two Koreas, which are still technically at war as their 1950-53 conflict ended without a peace treaty, have waged leaflet campaigns for decades but agreed to cease “all hostile acts” in a 2018 peace accord.

Several defector-led groups have regularly sent back flyers, together with food, $1 bills, mini radios and USB sticks containing South Korean dramas and news, usually by balloon over the border or in bottles in rivers.

One of the groups dropped a plan to float hundreds of plastic bottles stuffed with rice, medicine and face masks into the sea near the border on Sunday.

Pyongyang has also used balloons and drones to fly its anti-South leaflets, which in South Korea in the past have been rewarded with stationery if reported to police.