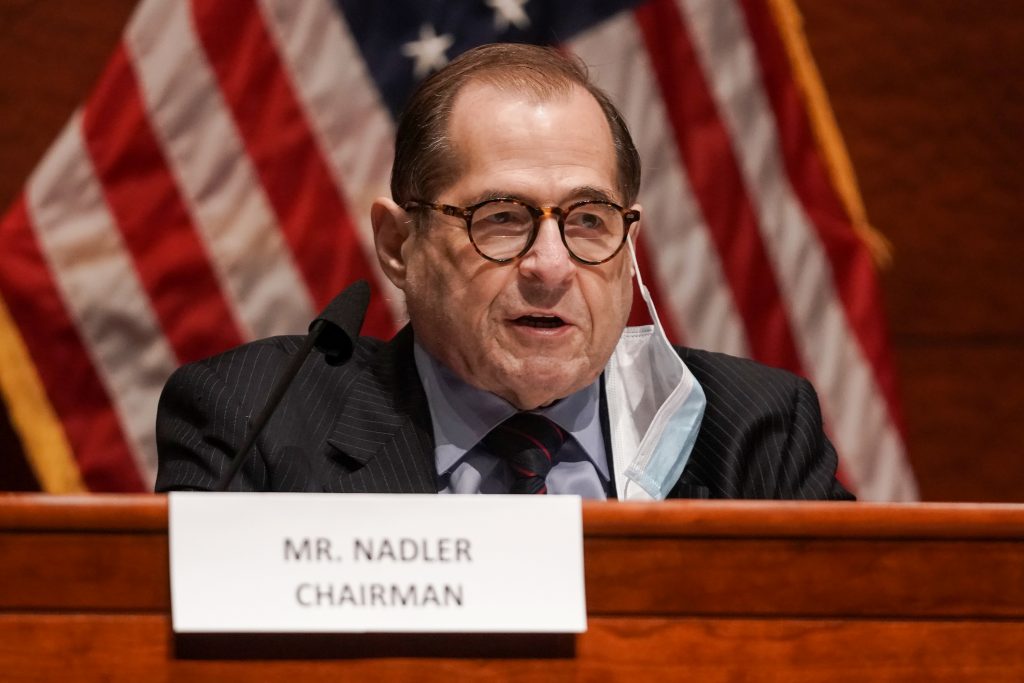 A top House Democrat says there’s little point pursuing the impeachment of Attorney General William Barr, as some lawmakers have urged, because a “corrupt” Senate will simply ignore the charges.

Impeaching Barr is “a waste of time at this point because we know that we have a corrupt Republican majority in the Senate which will not consider an impeachment no matter what the evidence,” House Judiciary Committee Chairman Jerrold Nadler said on CNN.

Senator Elizabeth Warren of Massachusetts said Saturday that Barr should be impeached for his role in the removal of Geoffrey Berman, now the former U.S. Attorney for the Southern District of New York. After Berman initially refused to leave, Barr said that President Trump had directed his removal, despite contradictory comments from the president.

Nadler said he has invited Berman to testify at a Judiciary Committee hearing on June 24 but said he wasn’t sure whether he would show.

Berman, who worked on Trump’s transition team, said in a statement Friday that he found out he was “stepping down” from his position in a press release from Barr.

He initially said he would stay until a presidentially appointed nominee was approved by the Senate. But he did step down after Barr’s second directive saying the firing came from Trump directly and after Barr said he would appoint Deputy U.S. Attorney Audrey Strauss to run the office.

Other House Democrats are skeptical that any evidence against Barr or the president uncovered during an impeachment hearing could get a fair hearing in the Senate after the chamber voted to exclude witnesses and any additional evidence from the president’s impeachment trial earlier this year.

“It wasn’t functionally a trial because senators declined to call a single witness, issue a single subpoena,” said Representative Hakeem Jeffries, the chairman of the House Democratic Caucus, in an interview on ABC.