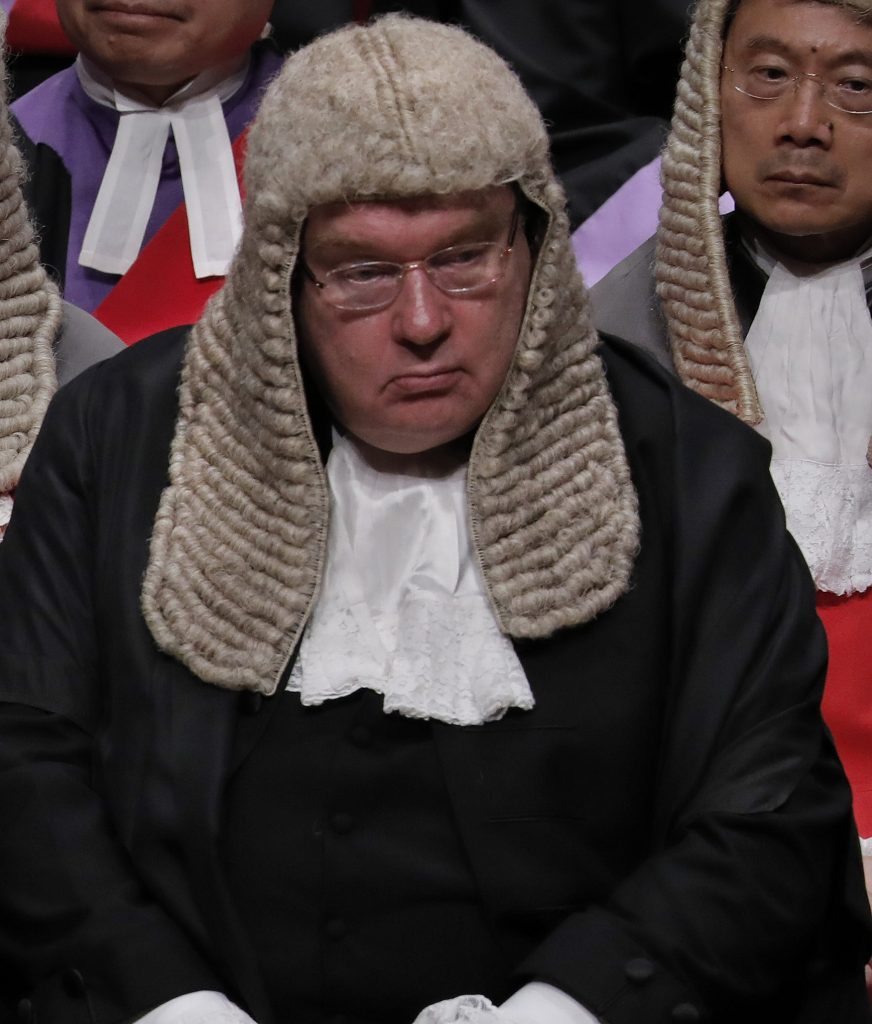 Senior Hong Kong lawyers expressed alarm on Sunday at plans for the city’s leader to select judges for national security cases, calling it the most serious challenge to the territory’s vaunted judicial independence since the 1997 handover to Chinese rule.

The move was among details of a new national security law for Hong Kong released by the official Xinhua news agency on Saturday — legislation that is expected to be passed soon by the standing committee of China’s parliament, the National People’s Congress.

As well as heading a new local national security council supervised by Beijing officials, the city’s Chief Executive, Carrie Lam, will also have the power to appoint judges to hear cases under the law.

The Hong Kong Bar Association’s chairman, Philip Dykes, described as “extraordinary” any move to have Lam allocate judges, saying it cut to the core of the independence of the judiciary that is protected by the Basic Law, the city’s mini-constitution.

“This is the biggest shift since the handover,” Dykes told Reuters.

With Lam heading the council, “you’re picking a judge for a contest in which you have an interest.”

In response to Reuters questions addressed to Chief Justice Geoffrey Ma on the new legislation, the judiciary said in an email that it “would not comment.”

Hong Kong and Chinese officials say the law must be imposed urgently on the former British colony after sometimes violent protests over the past year exposed the need to tackle separatism, subversion, terrorism and collusion with foreign forces.

The law is stoking fears among foreign governments as well as Hong Kong’s democracy activists, who were already concerned that Beijing is eroding extensive autonomy promised when Britain handed it back under a “one country, two systems” formula.

The city’s common law-based legal system is widely seen as the bedrock of that formula, underpinning its status as a global financial hub.

Speaking privately, other senior lawyers expressed deep concern, saying it appeared to confirm their fears that Beijing wanted to curb the “separation of powers” that made Hong Kong judges an important check on the government. Some admit to being increasingly nervous about speaking out due to Beijing’s growing squeeze.

A Reuters Special Report in April revealed that some of the city’s most senior judges privately feared the city’s rule of law was under assault from Beijing.

While pro-Beijing figures have demanded special courts and called for foreign judges — a long-standing tradition in Hong Kong — to be barred from national security cases, the new plan had not surfaced locally.

“It is an act to import political elements into the judicial system, which is supposed to be impartial,” said Angeline Chan, a solicitor and convenor of the Progressive Lawyers Group.

The allocation and rostering of judges is currently handled by senior judges based on legal experience.

“It raises a lot of questions … G-d knows how they will be selected,” said Dykes, urging the full proposed law to be released as soon as possible.

Lam said in a statement late on Saturday that the central government had repeatedly emphasized the law “will not affect the capitalist system in Hong Kong and (its) legal system.”