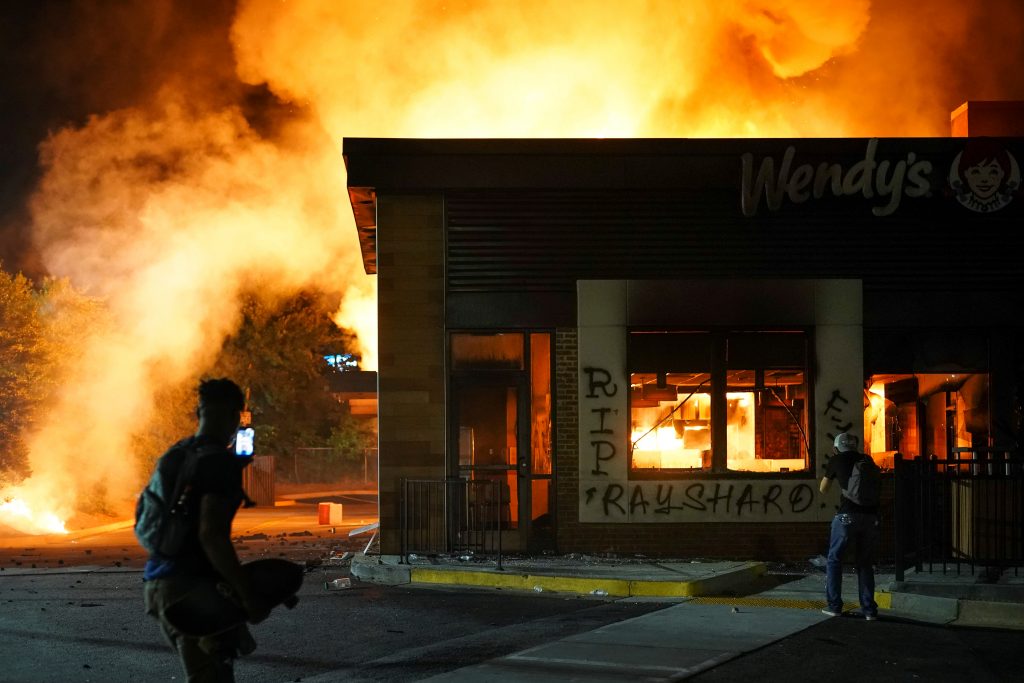 A 29-year-old woman has been identified as a suspect in setting fire to the Wendy’s restaurant in Atlanta where police shot and killed Rayshard Brooks a week ago, the Atlanta Fire Rescue Department said on Saturday.

Investigators have issued an arrest warrant for Natalie White on suspicion of arson in the first degree, the fire department said in a statement.

She is suspected of involvement in the torching of the restaurant on June 13 as protests erupted after Brooks, a 27-year-old black man, was fatally shot by a white police officer.

The Atlanta Police and the Fire Rescue Department did not immediately reply to queries on whether they are investigating a relationship between Brooks and the suspected arsonist.

The investigation is ongoing and officials are seeking information on White’s whereabouts and any other details about the incident, the fire department’s statement said.

The Wendy’s parking lot was the scene of Brooks’s death on June 12 when police responded to a 911 call that he had fallen asleep in his car in the drive-through lane.

Caught on video, the encounter seemed friendly at first but when an officer moved to arrest him, Brooks struggled with him and another officer before breaking away across the parking lot with what appeared to be a police Taser in his hand.

A video from the restaurant’s cameras showed Brooks turning as he ran and possibly aiming the Taser at the pursuing officers before one of them fired his gun and Brooks fell.

The officer who shot Brooks, Garrett Rolfe, was charged this week with felony murder and 10 other counts. The second officer, Devin Brosnan, was charged with lesser counts including aggravated assault and violation of his oath.