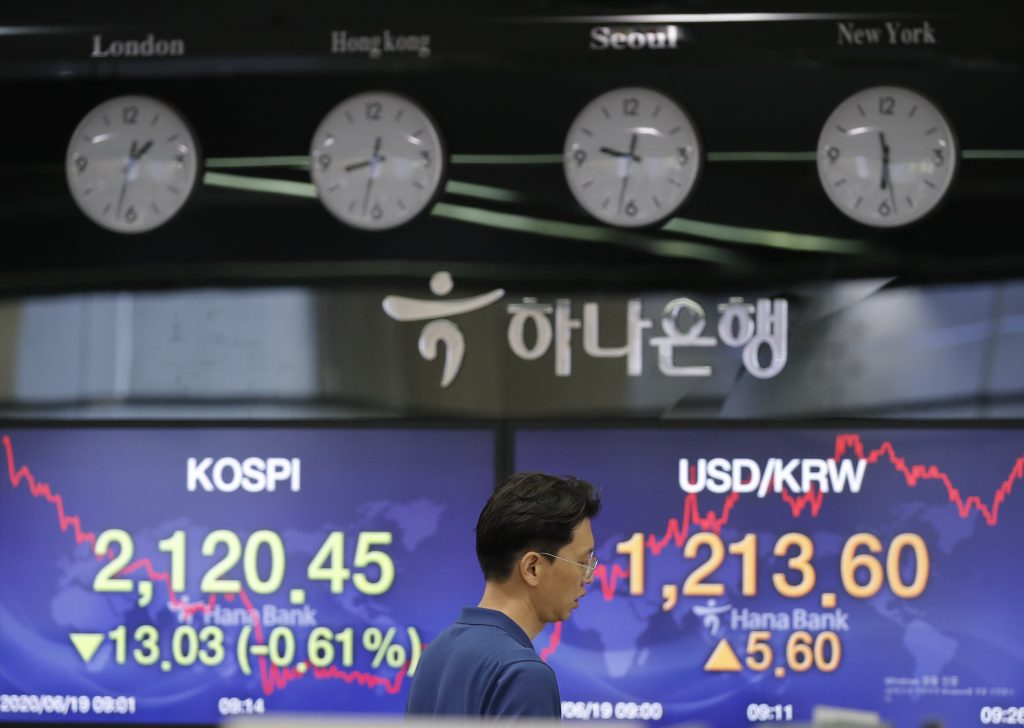 Wall Street is rising in midday trading Friday, putting the S&P 500 on pace to close out a winning week after encouraging reports raised hopes for a coming economic recovery.

The S&P 500 was up 0.5%, following up on gains in European and Asian markets. Treasury yields also rose in a signal of improved optimism.

The U.S. stock rally was widespread, with oil producers, tech companies and the parent of Coach and Kate Spade all helping to lead the way. The gains faded a bit as the day progressed, after the S&P 500 was up as much as 1.3% shortly after trading began.

The S&P 500 is on pace to finish the week with a 3% gain, which would be its fourth in the last five weeks. It would mark a revival following last week’s 4.8% drop, its worst in nearly three months, when worries flared that rising coronavirus infection levels could imperil early improvements seen in the economy.

But a report on Tuesday showed that U.S. shoppers spent much more last month at stores and online retailers than economists expected. That bolstered hopes that the economy can pull out of its recession relatively quickly.

Economists at Bank of America now expect the U.S. economy to shrink 5.7% this year, a severe contraction but not as bad as their earlier forecast for an 8.1% plunge.

“Economic data continue to point to a faster and stronger initial recovery,” they wrote in a BofA Global Research report. Some of that is due to economic activity being pulled forward from what they had expected to occur next year, ahead of a long road to full recovery. They lowered their forecast for growth in 2021 to 3.4% from 4%.

The Federal Reserve also reminded markets this week how much it’s doing to prop up the economy.

The central bank said early in the week that it will buy individual corporate bonds as part of its previously announced plan to support lending markets for big employers. Later in the week, the Fed’s chair said it plans to continue to keep interest rates pinned at nearly zero to help cushion against the recession.

It was huge efforts by the Fed, along with spending by Congress, that helped the stock market turn around from its nearly 34% plunge in March. More recently, it’s been hopes that the worst of the recession may have already passed that have pushed the market higher.

Stocks whose profits are most closely tied to the strength of the economy have often been leading the way, and they did so again on Friday.

Energy companies in the S&P 500 rose 1.4% for the biggest gain among the 11 sectors that make up the index. Marathon Petroleum rose 5.8%, Occidental Petroleum gained 4.8% and Noble Energy rose 4.1%.

Still, many analysts say volatility is likely the only certainty for the market in upcoming months. It may take years for the economy to fully recover, but it took just a few months for the stock market to rally back to within 8% of its record.

The yield on the 10-year Treasury note rose to 0.71% from 0.69% late Thursday. It tends to move with investors’ expectations for the economy and inflation.