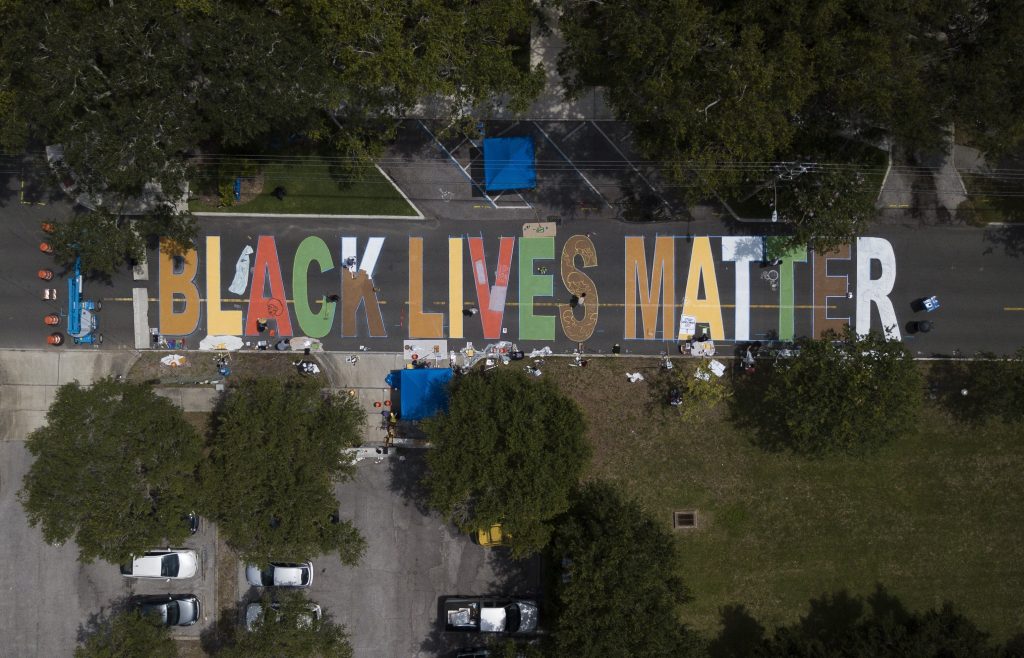 A unprecedented number of U.S. companies are giving employees off for Juneteenth on Friday, raising hopes that the day commemorating the end of slavery could someday become a true national celebration.

The momentum could hinge, however, on whether the country’s largest employer – the federal government – joins the trend. The date – June 19th – is not a federal holiday, and many non-black Americans have only recently become of aware of the day.

More than 460 companies, including Nike, Twitter and Lyft, have committed to observing Juneteenth, with the majority offering a paid day off, according to HellaCreative, a group of black creative professionals in the San Francisco Bay Area that launched an initiative to galvanize corporate support for making the day an official holiday.

It’s a potential sea change, spreading awareness of the date beyond African Americans who have long celebrated it with cookouts, parades and community festivals.

Juneteenth commemorates the day when the last enslaved African Americans learned they were free 155 year ago in Galveston, Texas, where Union soldiers brought them the news two years after the Emancipation Proclamation.

This year, in the wake of the police killing of George Floyd, Juneteenth is expected to be a day of racial justice protests, a key driver behind companies deciding to mark the day. Other prominent corporations giving employees time off include Target, J.C. Penney, Best Buy, the NFL and J.P. Morgan Chase.

“As a black person, I have been ‘sat down’ by older relatives and told the stories of disenfranchisement, discrimination, and the multiple exclusions they faced,” said Philip Thompson, a team leader at stock images provider Shutterstock, which declared Juneteenth a permanent company holiday.

“After 155 years, it is truly an emotional moment to know that society is beginning to acknowledge black freedom struggles,” he said.

Smaller businesses are following suit, particularly those whose employees have engaged in the Black Lives Matter movement, which has reverberated worldwide after Floyd’s death and inspired multiracial protests.

Lori Rosen, owner of a small public relations firm in New York City, had never heard of Juneteenth until recently. But she decided to give her 16 employees the day off when she saw big tech companies doing it, and after New York Gov. Andrew Cuomo declared it a holiday for state employees. Several of her employees are spending the day volunteering for the Juneteenth Freedom Phonebank, an initiative encouraging Census participation.

“I thought to myself, ‘How did I not know about this all these years?’” said Rosen, 64, who is white. “I started wondering, is this another example of how a national holiday is formed?”

The question is whether the fervor of the moment will last and where it will ultimately lead. While the list has grown quickly, only a small minority of U.S. companies are observing Juneteenth, and not all have committed to do so beyond this year.

“Right now, everyone is feeling really strongly about this but is this something they think they are going to maintain longer term?” said Carolina Valencia, a director in research firm Gartner’s human resource practice. “Is this going to temporarily raise awareness or is the awareness going to last? It’s hard to know.”

Declaring the date a federal holiday would add considerable momentum, and there is growing support for the idea. Sen. John Cornyn, a Texas Republican, introduced legislation Thursday to make Juneteenth a federal holiday. Rep. Sheila Jackson Lee, a Texas Democrat, introduced a similar bill in the House.

Texas was the first state to make it a holiday in 1980. All but three states – Hawaii, South Dakota and North Dakota – now recognize the day in some way.

Most private companies take their cues from the federal government when drawing up their holiday calendars, but they are under no legal obligation to offer any particular day off, Valencia said. It can take a long time for a holiday to become widely observed even after federal or state designations.

According to a 2017 survey by the Society of Human Resources Management, just 39% of private employers offer the day off on Martin Luther King Jr. Day, which Congress designated as federal holiday in 1983 after 15 years of lobbying. In contrast, 93% of employers close on Independence day, with similar rates for Labor Day, Dec. 25th and Thanksgiving.

It’s a notable shift, however, that many companies are declaring Juneteenth a holiday before the federal government does, said Heide Gardner, chief diversity and inclusion officer at advertising and marketing firm Interpublic Group. She said the trend is reflective of an era of growing employee activism pushing companies to take stands on social issues.

“It’s an interesting moment where companies are taking initiative where government or traditions might have fallen short,” said Gardner, whose company has also declared Juneteenth a paid holiday. “We don’t have to wait for the government.”