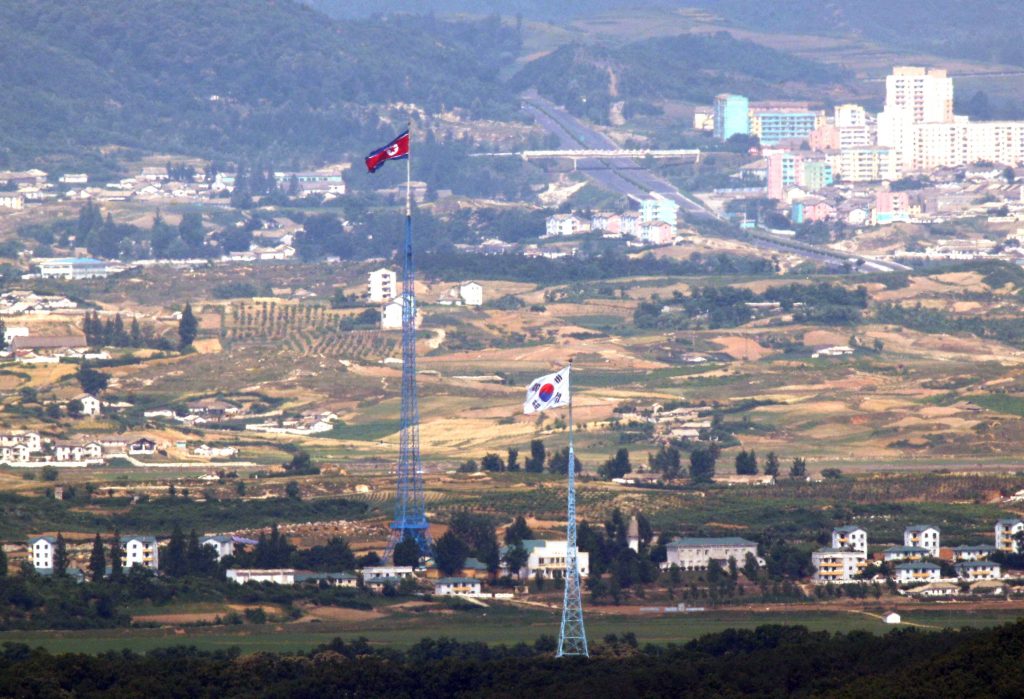 South Korean President Moon Jae-in on Friday accepted the resignation of his point man on North Korea, who had asked to quit after the North destroyed a liaison office while ramping up pressure against Seoul amid stalled nuclear negotiations with the Trump administration.

Kim Yeon-chul was appointed unification minister in April last year as talks between the U.S. and Pyongyang began falling apart, and leaves the job without having a single meeting with the North Koreans. He said he wanted to resign to take responsibility for tensions between the rivals.

The North in recent months has virtually cut off all cooperation with the South while expressing frustration over Seoul’s unwillingness to break away from ally Washington and restart inter-Korean economic projects held back by U.S.-led sanctions over its nuclear weapons program.

Kim offered to resign after North Korea in a demonstration Tuesday used explosives to destroy the building in its border town of Kaesong. The North has also declared it will cut off all government and military communication channels and abandon a key military agreement reached in 2018 to reduce conventional threats, which experts say elevates risks of skirmishes in land and sea border areas.

“The [North-South] relations have entered a crisis phase,” Kim said during a farewell speech at the ministry. “I hope that my departure can provide an opportunity to halt [the erosion in bilateral relations].”

It isn’t immediately clear who Moon is considering as Kim’s replacement. There are calls for Moon to overhaul his foreign policy and national security personnel amid deteriorating relations with the North and Seoul’s fading role as a mediator in the talks between Washington and Pyongyang. The negotiations have faltered over disagreements in exchanging sanctions relief and disarmament steps.

Moon’s government was credited for coordinating a diplomatic push to defuse the nuclear standoff with North Korea, with his envoys shuttling between Pyongyang and Washington to help set up the first meeting between the North’s leader Kim Jong Un and President Donald Trump in in Singapore in June 2018.

But there’s criticism that South Korean officials had been too optimistic about the signs they were seeing from Pyongyang. They ran into credibility problems once it became clear Kim had no intent to voluntarily deal away the nukes he likely sees as his strongest guarantee of survival.

While taking provocative steps toward the South this month, the North has also unleashed vitriol against defector-activists who for years have flown anti-Pyongyang leaflets across the border that denounced Kim’s nuclear ambitions and human rights record.

The North, which is sensitive to any criticism toward its leadership, has mobilized massive demonstrations in past weeks condemning the defectors whom its state media describe as “human scum.” Its military has also announced plans to support North Korean civilians flying anti-South Korean propaganda leaflets in areas near the land and sea border. Experts say that could potentially create security problems for the South.

Desperate to prevent tensions from getting out of control, the South has vowed to stop the activists and threatened to press charges against two North Korea-born brothers who for years have led campaigns dropping leaflets over the border and floating rice-filled bottles into the North by sea.

But both Park Sang-hak and Park Jong-oh have vowed to continue their campaigns despite the warnings and accused Seoul of caving to North Korean threats.

While Seoul has sometimes sent police to block the activists from leafleting during sensitive times, it had previously resisted North Korea’s calls to fully ban them, saying they were exercising their freedom of speech.

Experts say the North could be using the defectors’ activities as an excuse to dial up pressure on the South as it attempts to build internal unity and shift public attention away from diplomatic failures and a dismal economy that likely worsened under the COVID-19 pandemic.