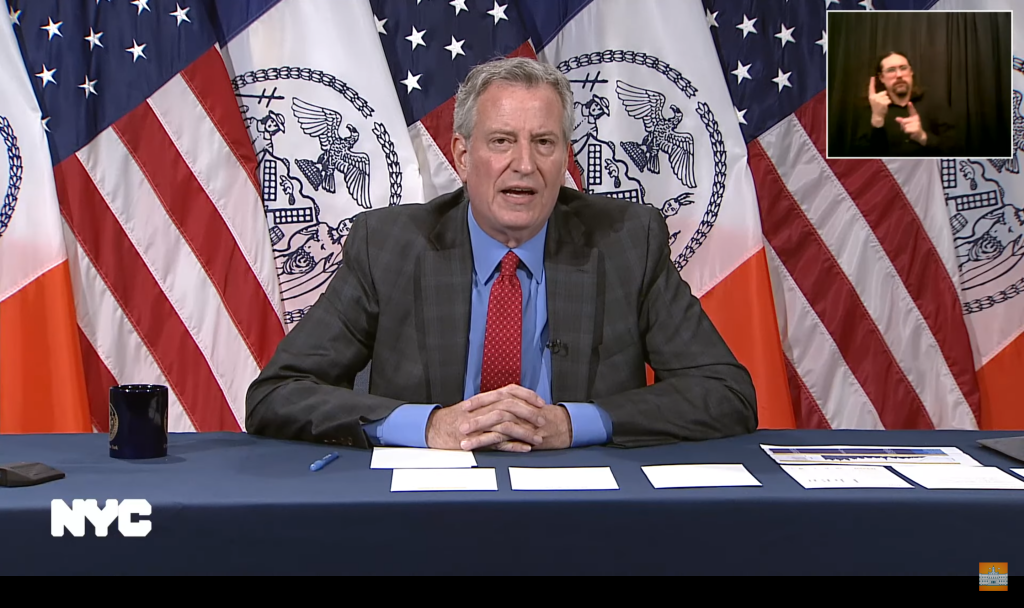 Juneteenth will be an official holiday for city workers and schoolchildren next year, and New York City will form a new commission to examine its history of racial discrimination, Mayor Bill de Blasio said Friday.

The mayor said he had authority to order the June 19 holiday for workers and more than 1 million public school pupils, subject to labor negotiations.

Juneteenth marks the day in 1865, when the Union army brought word of the Emancipation Proclamation to enslaved people in Galveston, Texas, more than two years after President Abraham Lincoln declared all slaves free in Confederate territory.

The city’s new Racial Justice and Reconciliation Commission will give New Yorkers a platform to discuss their experiences with racism, examine possible discrimination in public policy and recommend changes like removing symbols of racism from public spaces, de Blasio and his wife, Chirlane McCray, said in announcing its formation.

“We are saying officially that we want the truth to come out in the open,” de Blasio said at a press briefing.

The formation of a commission on race will make New York the first major city in the United State to undertake a truth and conciliation process, de Blasio said. Part of its goal will be to identify any enduring discrimination in public housing, the criminal justice system and other institutions, he said.

The announcement came a day after local lawmakers demanded the removal of a statue of Thomas Jefferson from City Hall because the Founding Father was a slave owner.

The statue standing in the City Council chambers “is inappropriate and serves as a constant reminder of the injustices that have plagued communities of color since the inception of our country,” five council members wrote in a letter to de Blasio. “It must be removed.”

The proposal “is exactly the kind of thing that this new commission needs to examine,” the mayor said. “It’s time to reevaluate the entire look and feel of this city.”