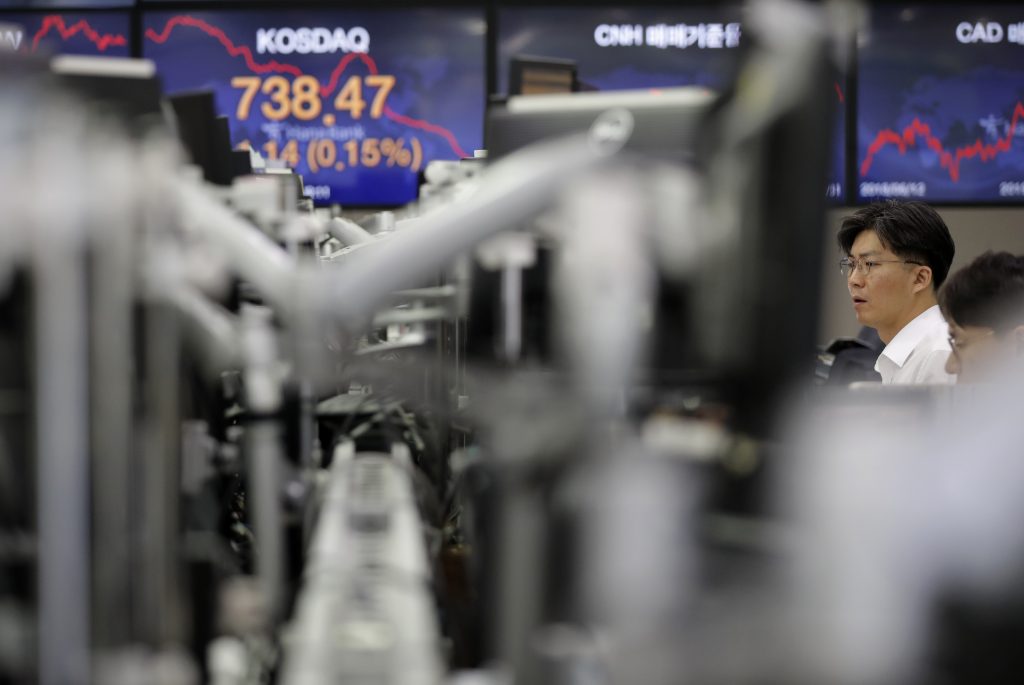 Tokyo and Shanghai advanced while Hong Kong and Seoul retreated.

Global markets have recovered most of this year’s losses as investors look ahead to a possible rebound from the deepest economic slump since the 1930s. But analysts say gains might be too big and too fast to sustain. Enthusiasm has been dented by rising case numbers in Brazil, some U.S. states and other areas.

Asian investors “will feel encouraged” by China’s quick response to this week’s new infections in Beijing, but sentiment “remained toned down” following a surge in U.S. cases, Stephen Innes of AxiTrader Corp. said in a report.

Markets worldwide gained after unexpectedly strong U.S. jobs and retail sales data fueled hopes the world’s biggest economy can pull out of its recession as governments ease up on antivirus measures.

“There has been a more broad-based improvement in growth trends around the world,” said Morgan Stanley economists in a report. “High frequency indicators suggest that we are seeing a further acceleration in growth in June as compared to May.”

Investor enthusiasm has been dented, however, by concern that rising infections in some U.S. states, Brazil and other regions might prompt consumers and businesses to pull back spending even if sweeping lockdowns aren’t reimposed.

Sentiment also has been supported by aid from central banks.

On Thursday, the Bank of England increased the size of its bond-buying program to keep interest rates low. A day earlier, the Federal Reserve said it will keep interest rates close to zero and purchase a wider range of bonds to inject money into the financial system.

In energy markets, benchmark U.S. crude gained 32 cents to $39.16 per barrel in electronic trading on the New York Mercantile Exchange. The contract settled Thursday at $38.84. Brent crude, the benchmark for international prices, advanced 33 cents to $41.84 per barrel in London. It settled at $41.51 per barrel the previous session.