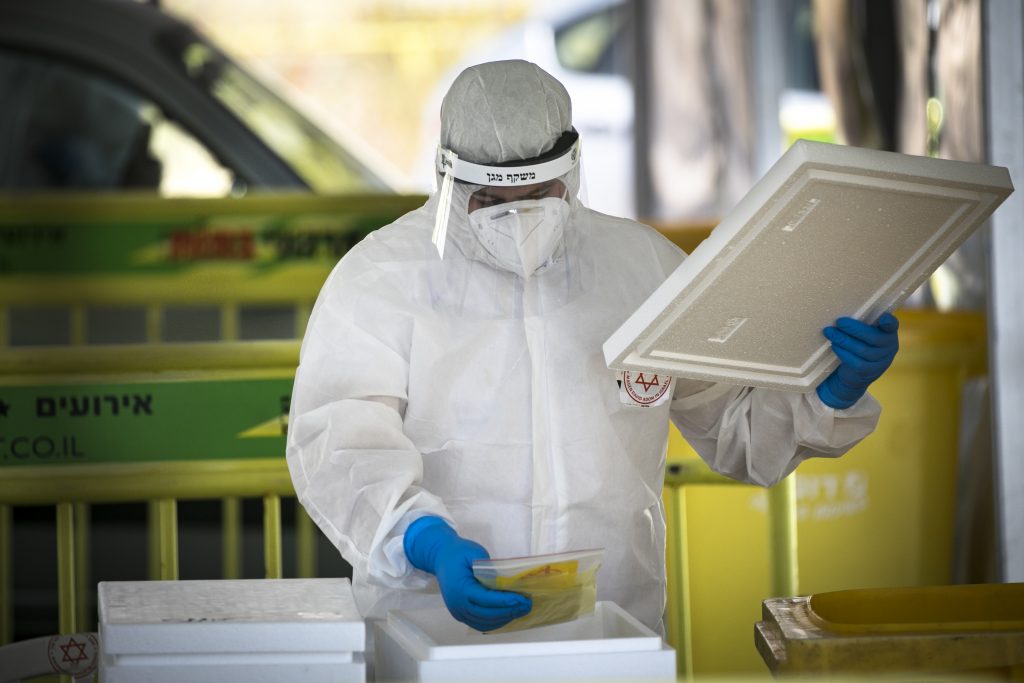 The Health Ministry reported Friday morning 305 new cases of coronavirus in the last day, with one new death overnight.

The number of current cases stands at 4,372, and total number of deaths now stands at 304.

This is the first time since the end of April that the number of infections has exceeded 300 and raises doubts about how quickly the economy can resume.

On Thursday night, government ministers voted to place parts of two southern Bedouin towns under partial lockdown. The week-long lockdowns were enforced on two neighborhoods in Rahat and one in Arara (Negev). Both Rahat and Arara have seen a rise in the number of cases in recent days.

Ministers decided not to impose a lockdown on neighborhoods in Jaffa that have also seen climbing infection numbers.

From Friday morning, residents under lockdown in Arara and Rahat will be limited to their homes, only allowed to leave to travel to work within their respective cities.

The Health Ministry said that increased information of social distancing guidelines, informational campaigns and efforts to quarantine sick individuals had proven insufficient in these neighborhoods.

In Jaffa, which has seen a relative drop in recent days after an initial spike in cases, schools will be closed and gatherings limited to 10 people in the Ajama, Tzahala and Shikunei Hisachon neighborhoods.

Tel Aviv-Jaffa has seen some of the highest infection numbers during the second wave of the coronavirus as case numbers have steadily climbed since the start of the month.

Earlier Thursday, Prime Minister Binyamin Netanyahu warned that there won’t be any further easing of coronavirus restrictions until the recent spike in infections is flattened, and warned that the government will resort to reapplying lockdowns to achieve that goal.