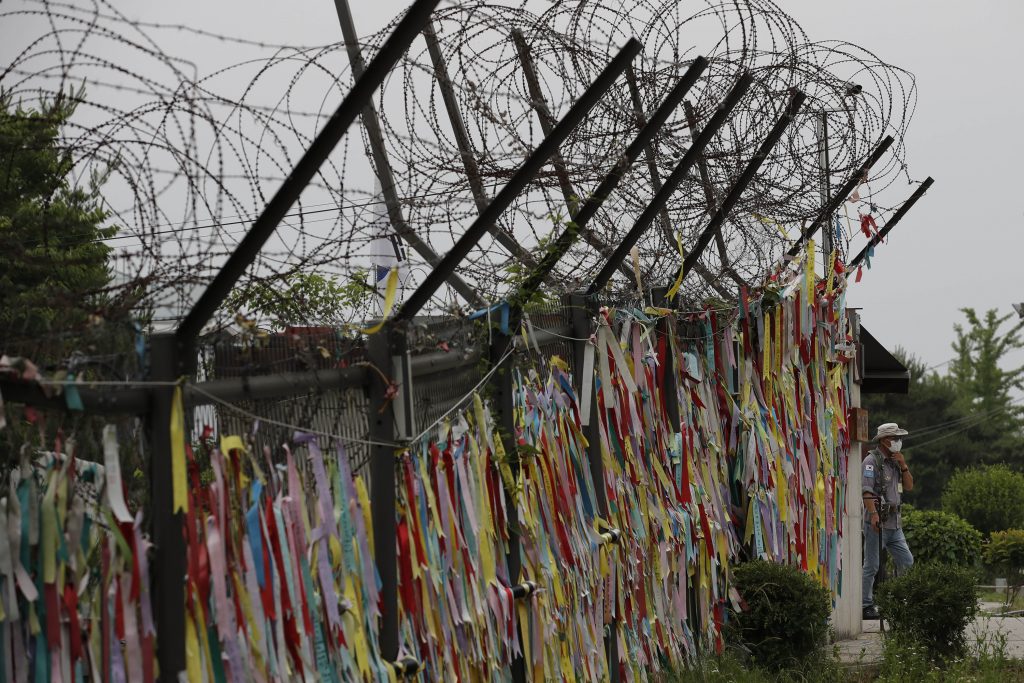 South Korea said Thursday it hasn’t detected any suspicious activities by North Korea, a day after it threatened with provocative acts at the border in violation of a 2018 agreement to reduce tensions.

North Korea said it would send troops to mothballed inter-Korean cooperation sites on its territory, rebuild guard posts and restart military drills at the northern side of the border with South Korea. Those steps would nullify the 2018 deals that ban both Koreas from taking any hostile acts against each other.

Kim Jun-rak, a spokesman at Seoul’s Joint Chiefs of Staff, told reporters that there have been no signs indicating North Korea had started to carry out its threats. He said South Korea will maintain a firm military readiness to deal with any situations.

The rivals have intensified their animosities in recent days, with Pyongyang unleashing fiery rhetoric over propaganda leaflets that South Korean activists have launched aboard balloons toward North Korea. North Korea on Monday destroyed an empty inter-Korean liaison office, built with South Korean money but located on its territory.

Many experts say North Korea is dialing up pressure on Seoul and Washington as its troubled economy has likely worsened due to U.S.-led sanctions and the coronavirus pandemic. Nuclear diplomacy between Pyongyang and Washington has made little headway for more than a year.