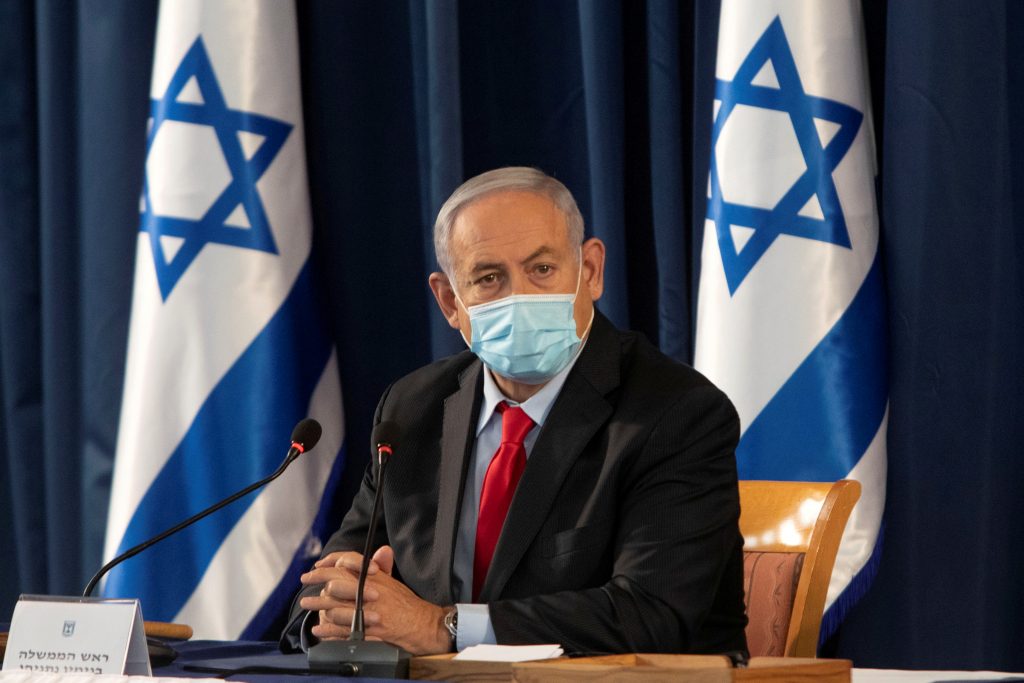 In a series of lengthy meetings in recent days, Prime Minister Binyamin Netanyahu‏‏ showed Defense Minister Benny Gantz four scenarios, with accompanying maps, of possible annexation of parts of Yehudah and Shomron, according to Channel 13.

The plans ranged from a merely symbolic move to that of extending sovereignty over all the areas slated for Israel under the Trump administration’s peace plan, comprising about 30 percent of Yehudah and Shomron.

The rest of the region would be left for negotiations with the Palestinians, unless they default on the process, in which case Israel would be able to take control. The Palestinians would have four years to decide if they will accept the terms of the plan, which includes a demilitarized state, renunciation of terror and other conditions.

The network’s report did not give details on the different scenarios.

Earlier on Thursday, Channel 12 said that Gantz told defense officials that he will not support annexation of Jewish communities in Yehudah and Shomron in areas “with many Palestinian residents.”

The Blue and White Party Chairman stressed that his party would bring all the moves to the professional echelons to get their positions.

Speaking during a series of meetings with security officials, Gantz said: “I am sure that the prime minister will not jeopardize the peace agreement with Jordan and the State of Israel’s strategic relationship with the U.S. with an irresponsible move.”

Gantz also addressed the need to work together with the Palestinians and introduce measures that will improve Palestinian lives as part of sovereignty processes.

Meanwhile, European Union foreign policy chief, Josep Borrell, again warned against annexation, which he said “would inevitably have significant consequences for the close relationship we currently enjoy with Israel. I will not prejudge the specific impact of a possible annexation, but let me underline that the EU has its own obligations and responsibility under international and EU law,” The Jerusalem Post reported Thursday.

Borrell noted that he is using all of the EU’s “diplomatic capacities in order to put pressure for that not to happen” and that he expressed “the gravity of such an announcement” in conversations with Gantz and Ashkenazi.

Borrell admitted, however, that he doesn’t have the backing of all the EU members, though he said there is “a strong, very strong majority of countries that continue supporting a negotiated two-state solution based on international parameters and considering that any annexation would be against international law.”