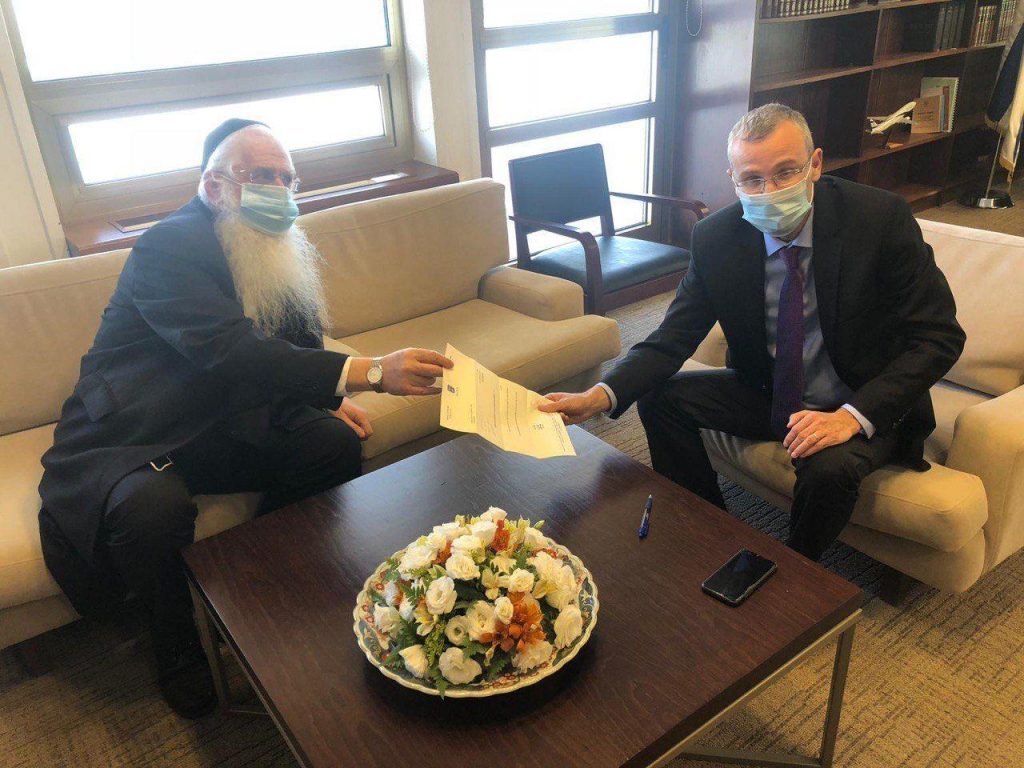 Deputy Education Minister Rabbi Meir Porush (UTJ) submitted his letter of resignation from the Knesset to Knesset Speaker Yariv Levin on Wednesday, in line with the Norwegian Law which came into effect on Tuesday. With his resignation, the next name on the UTJ list, Rabbi Yitzchak Pindrus, is set to be sworn in as an MK next week.

On Wednesday night, Shas leader Rabbi Aryeh Deri also handed in his resignation from the Knesset. His leaving will allow the next on the Shas list, Rabbi Ariel Busso, into the Knesset. Rabbi Busso serves as deputy mayor of Petach Tikvah.

Also on Wednesday, five members of the Blue and White party who serve as ministers and deputy ministers resigned their Knesset posts, allowing the next members on their party list to take their posts as MKs.