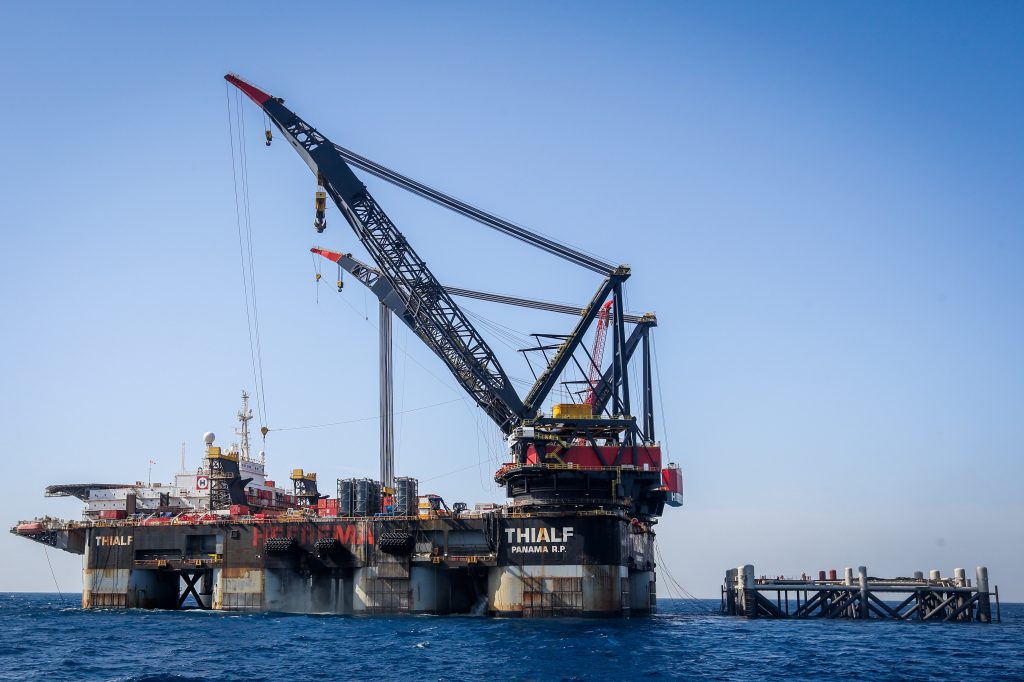 The troubled Leviathan natural gas platform is in for more trouble, according to testimony given at the Knesset by a senior official in the Environmental Protection Ministry.

Leviathan’s operator, Noble Energy, already faces enforcement proceedings over emissions violations and may be hit with two more sets of allegations against it.

Shuli Nezer, senior deputy director general in the Ministry’s Industries Division, told a Knesset Committee meeting that they are “very, very worried” about the way Leviathan has been conducting operations, which could pose a health hazard to communities on the northern coast of Israel.

She said that from opening day on January 12 to May 24, there were 35 malfunctions — most of them requiring gas to burned off via a flare — with additional instances since then. The government has already suspended Leviathan’s operations for a short time, and once directed it to reduce production while corrections were being made.

The abovementioned enforcement proceedings were prompted when Noble was found to not be in compliance with a protocol allowing the Ministry to monitor the rig’s functioning.

“Noble decided to delay the connection of the camera and that affected our ability to get information,” Nezer said. “When we can’t see what’s happening, we can’t give information to the public,” Nezer told the Internal Affairs and Environment Committee, The Times of Israel reported on Thursday.

The company stands to be assessed with heavy fines, in the millions of dollars.

Ministry Director General Udi Adiri said that despite the irregularities, they were not considering halting gas production, unless the current investigation recommends it. But he said he understood that local residents “want to sleep in peace and not be woken by flares.”

The use of the rig’s flare to burn off gas has elicited fresh protests from local opponents of the Leviathan, which include the NGO Home Guardians and the Sharon-Carmel Towns Association for the Protection of the Environment, representing 18 local councils and 800,000 residents.

Association chairman Asif Izak charged during the committee hearing: “There’s a serious problem. I’m told there have been investigations, but we haven’t been given answers. A population of nearly a million people needs to know that the breakdowns have been dealt with and that they won’t be repeated.”