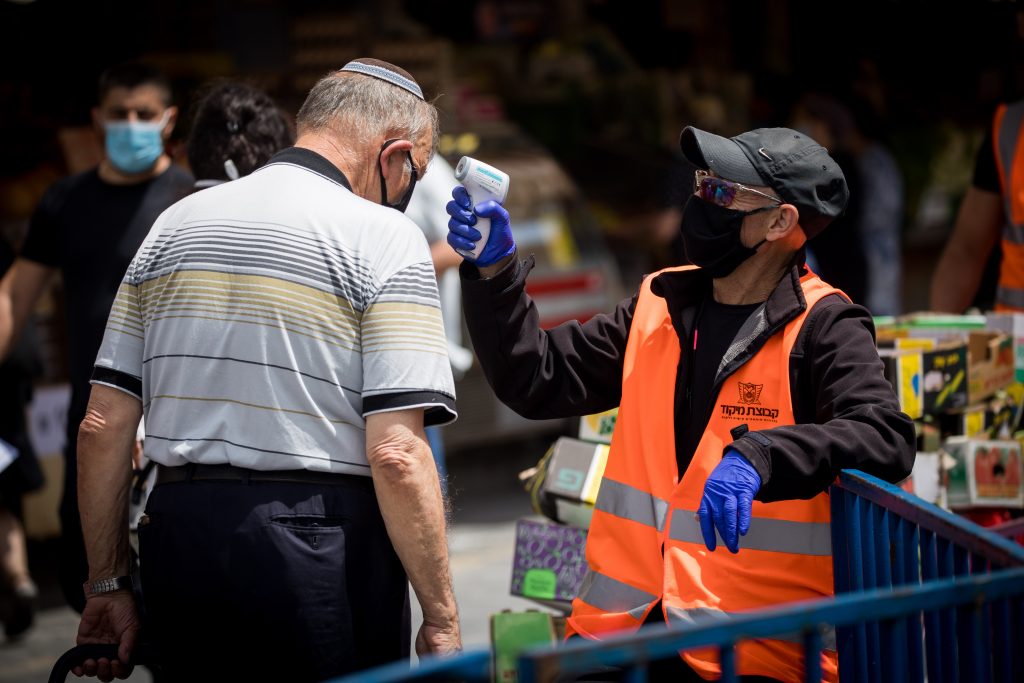 As Israel’s reopening stalls amid rising coronavirus rates, a new study provides some consolation, rating the country’s handling of the pandemic as “very good” and putting it near the top of the list, with Australia, Austria, New Zealand and Norway.

The study, conducted by the Economist, evaluated 21 OECD countries in several categories: fatality rates, provision of health services unrelated to the coronavirus. Treatment of high-risk groups such as the elderly and people with pre-existing conditions, how the countries dealt with tourism, and more.

Meanwhile, in Israel on Thursday evening the Health Ministry said there were 215 new cases in the last 24 hours, with the country approaching 20,000 since the initial outbreak in March; 4,177 are currently active cases.

The death toll was unchanged at 303.

Prime Minister Binyamin Netanyahu‏‏ said on Thursday, “We have stopped the reopening of the economy. We’ll work to make sure that we flatten the curve.”

Apparently, he was referring to further lifting of restrictions, but that the reopening of the railways and cultural venues would proceed with precautions, as announced on Wednesday.

“We will take necessary steps to make sure that the spike [in infections] is halted, and that includes imposing partial closures, and the public will be forced to change its behavior,” he said.

In an effort to enforce wearing of masks, police have handed out 6,600 fines this month to Israelis caught without them in public, Ynet reported.

Netanyahu made his comments at farewell ceremony for outgoing director-general of the Health Ministry, Moshe Bar Siman Tov.

Netanyahu thanked Bar Siman-Tov for his handling of the crisis, saying that “at every opportunity when we spoke I always knew I would get precise information and a true statement of your best judgment.”

Edelstein also thanked Bar Siman-Tov, saying he was “the right man at the right time in the right place.”

“I won’t exaggerate if I say that the people of Israel certainly owe you thanks and, in many cases, an apology,” Edelstein said, referring to accusations leveled against Bar Siman-Tov that he exaggerated the dangers, with predictions of 10,000 fatalities to obtain stricter lockdown measures than some felt were necessary.

“There were times when I felt that we were being sucked into a time tunnel, but with great faith that we can influence our fate,” Bar Siman-Tov said, recalling his experiences over the past few months. “The health system showed its full power and reached the peak of its ability.

“We made mistakes, we could have included more entities in our decision making,” he conceded, but he affirmed that the ministry’s actions had “saved the lives of thousands of citizens.

“We knew we would pay a price for success or failure; we preferred to pay the price of success,” Bar Siman-Tov added.