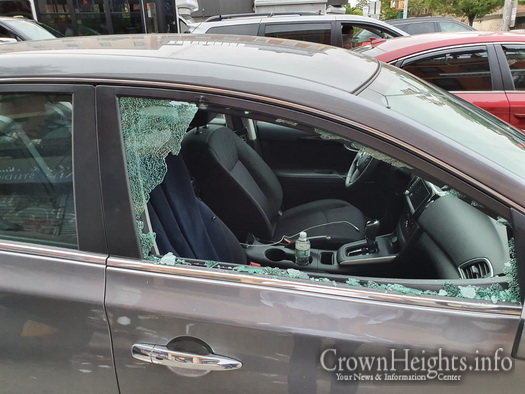 A Jewish man driving in Crown Heights was shot at by a passerby Wednesday evening. A bullet was shot through the window of the car he was driving and narrowly missed him, baruch Hashem.

The shooting took place on Atlantic Ave near Pennsylvania Ave in Brooklyn around 7:30 p.m. While some details are still unknown, one man was confirmed shot multiple times, reportedly in the legs, and is likely to survive.

The car was hit twice, once on the passenger-side window, and another on one of the car’s wheels.

The bullet on the window miraculously impacted the rubber lining directly above the passenger window, shattering the window into the car, but deflecting the bullet.

The second impact entered the rubber of the tire and punctured it.

Another shooting occurred nearly simultaneously nearby, and a victim of that shooting walked into Interfaith Hospital.