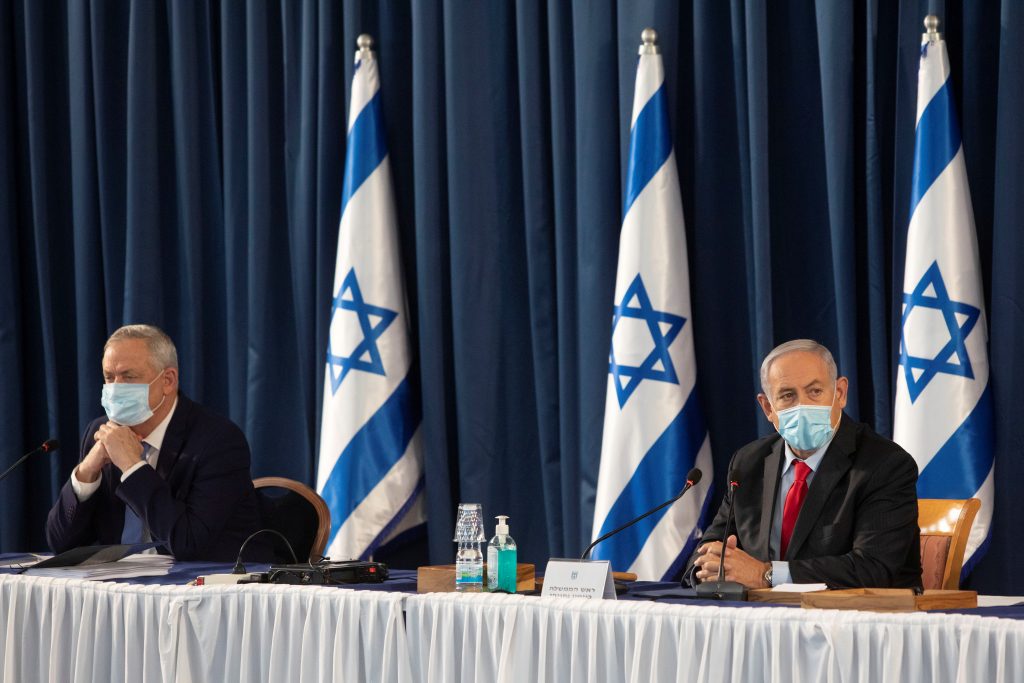 Israeli Prime Minister Binyamin Netanyahu is pushing for a single-year budget for 2020 instead of a two-year plan including 2021, a move testing the fragile unity government he formed with Blue and White leader Benny Gantz.

As part of the deal to form a government that should see Gantz become prime minister after 18 months, PM Netanyahu’s Likud party agreed to a dual-year budget to help maintain political stability. Passing a one-year budget would require re-opening the pact.

Failure to pass a budget for 2021 by next March would automatically trigger new elections and Gantz would no longer become prime minister.

Polls show Netanyahu’s Likud party would garner 40 of the Knesset’s 120 seats, up from 36 now, likely enough to form a majority even without Blue and White. A Smith Research poll released this week found that Gantz would get only 10 seats, a loss of a third of its current strength.

Netanyahu on Thursday met with Finance Minister Israel Katz and other officials and said his pursuit of a single-year budget was not political.

“It is necessary to pass an immediate budget to meet current demands of the economy and the implications of the coronavirus and, upon receipt of the information on economic behavior and the pandemic in the winter, pass a second budget,” Netanyahu said.

“A two-year budget that includes 2021 would require more aggressive measures,” he told Channel 12, saying that passing just a 2020 budget would not be a reason to bring about the government’s collapse.

“I understand the concerns about the coalition,” Gantz told KAN Radio. “No one is going to elections. We will all behave responsibly.”

Katz’s spokesman said while there has been a recommendation for a single-year budget, no decision has been made. A final decision is expected by early next week.

A spokeswoman for Gantz’s Blue and White party declined to comment.

Cabinet minister Yoaz Hendel, an ally of Gantz, asked in an interview on Army Radio about breaking the coalition agreement to pass a one-year budget, said he supports whatever will keep the government going.

“I don’t think anyone has serious thoughts, especially in a period of economic crisis and the coronavirus, and possibly a second wave … of going to another election.”

Backed by the central bank, Israel has approved a 100 billion shekel ($29 billion) stimulus package to help the economy — which is headed for a contraction in 2020 — cope with the COVID-19 outbreak. The budget deficit is expected to reach 11% of gross domestic product.