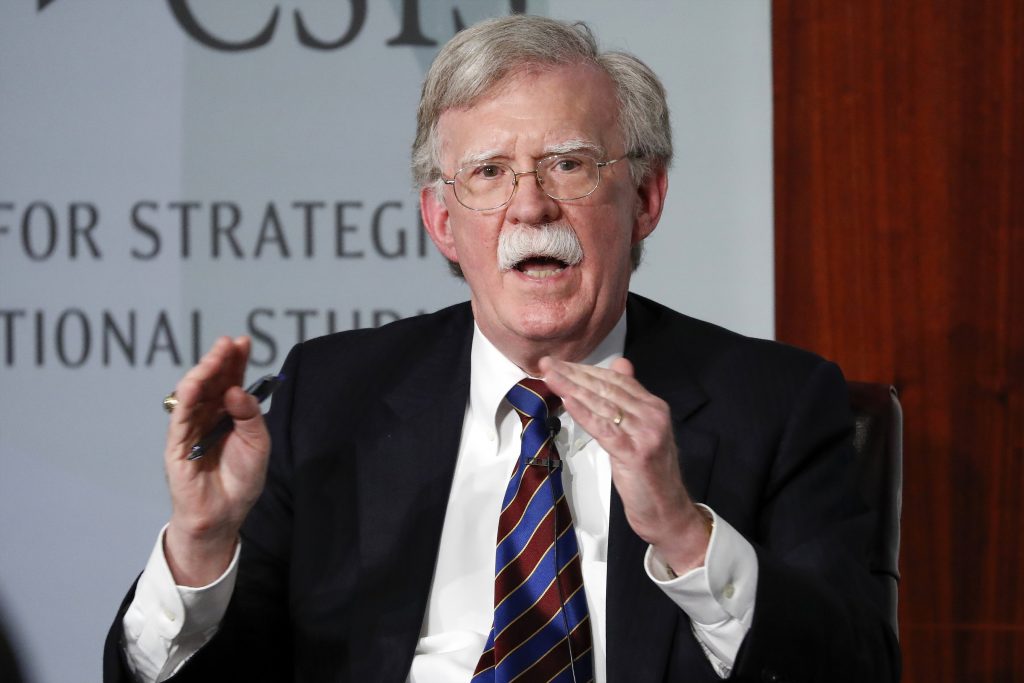 President Donald Trump asked Chinese President Xi Jinping to help him win the 2020 U.S. election, telling Xi during a summit dinner last year that increased agricultural purchases by Beijing from American farmers would aid his electoral prospects, according to a damning new account of life inside the Trump administration by former national security adviser John Bolton.

During a one-on-one meeting at the June 2019 Group of 20 summit in Japan, Xi complained to Trump about China critics in the United States. But Bolton writes in a book scheduled to be released next week that “Trump immediately assumed Xi meant the Democrats. Trump said approvingly that there was great hostility among the Democrats.

“He then, stunningly, turned the conversation to the coming U.S. presidential election, alluding to China’s economic capability to affect the ongoing campaigns, pleading with Xi to ensure he’d win,” Bolton writes. “He stressed the importance of farmers, and increased Chinese purchases of soybeans and wheat in the electoral outcome. I would print Trump’s exact words but the government’s prepublication review process has decided otherwise.”

The episode described by Bolton in his book, “The Room Where It Happened: A White House Memoir,” bears striking similarities to the actions that resulted in Trump’s impeachment after he sought to pressure the Ukrainian president to help dig up dirt on Democratic rival Joe Biden in exchange for military assistance. The China allegation also comes amid ongoing warnings from U.S. intelligence agencies about foreign election interference in November, as Russia did to favor Trump in 2016.

Bolton’s 592-page memoir, obtained by The Washington Post, is the most substantive, critical dissection of the president from an administration insider so far, coming from a conservative who has worked in Republican administrations for decades and is a longtime contributor to Fox News. It portrays Trump as an “erratic” and “stunningly uninformed” commander in chief, and lays out a long series of jarring and troubling encounters between the president, his top advisers and foreign leaders.

The book is the subject of an escalating legal battle between the longtime conservative foreign policy hand and the Justice Department, which filed a lawsuit Tuesday seeking to block its publication by alleging that it contains classified material. Bolton’s attorney has said the book does not contain classified material and that it underwent an arduous review process.

Bolton describes the book as being based on both contemporaneous accounts and his own notes, and it includes numerous details of internal meetings and direct quotations attributed to Trump and others. Trump allies have already begun launching attacks on Bolton and his motives, including describing him as “Book Deal Bolton.”

The request for electoral assistance from Xi is just one of many instances described by Bolton in which Trump seeks favors or approval from authoritarian leaders. Many of those same leaders were also happy to take advantage of the U.S. president and attempt to manipulate him, Bolton writes, often through simplistic appeals to his various obsessions.

In May 2018, Bolton says, Turkish president Recep Tayyip Erdogan handed Trump a memo claiming innocence for a Turkish firm under investigation by the U.S. Attorney for the Southern District of New York for violating Iranian sanctions.

“Trump then told Erdogan he would take care of things, explaining that the Southern District prosecutors were not his people, but were Obama people, a problem that would be fixed when they were replaced by his people,” Bolton writes.

Bolton says he was so alarmed by Trump’s determination to do favors for autocrats such as Erdogan and Xi that he scheduled a meeting with Attorney General William Barr in 2019 to discuss his behavior. Bolton writes that Barr agreed he also was worried about the appearances created by the president’s behavior.

In his account, Bolton broadly confirms the outline of the impeachment case laid out by Democratic lawmakers and witnesses in House proceedings earlier this year, writing that Trump was fixated on a bogus claim that Ukraine tried to hurt him and was in thrall to unfounded conspiracy theories pushed by presidential lawyer Rudy Giuliani and others.

Trump was impeached in January by the Democratic-controlled House of abuse of power and obstruction of Congress, before being acquitted by the GOP-controlled Senate the next month. Bolton resisted Democratic calls to testify without a subpoena.

Bolton is silent on the question of whether he believes that Trump’s actions related to Ukraine were impeachable and is deeply critical of how House Democrats managed the process. But he writes that he found Trump’s decision to hold up military assistance to pressure newly elected Ukrainian president Volodymyr Zelensky “deeply disturbing,” and that he tried to work internally to counter it, reporting concerns to Barr and the White House Counsel’s Office.

“I thought the whole affair was bad policy, questionable legally and unacceptable as presidential behavior,” he writes.