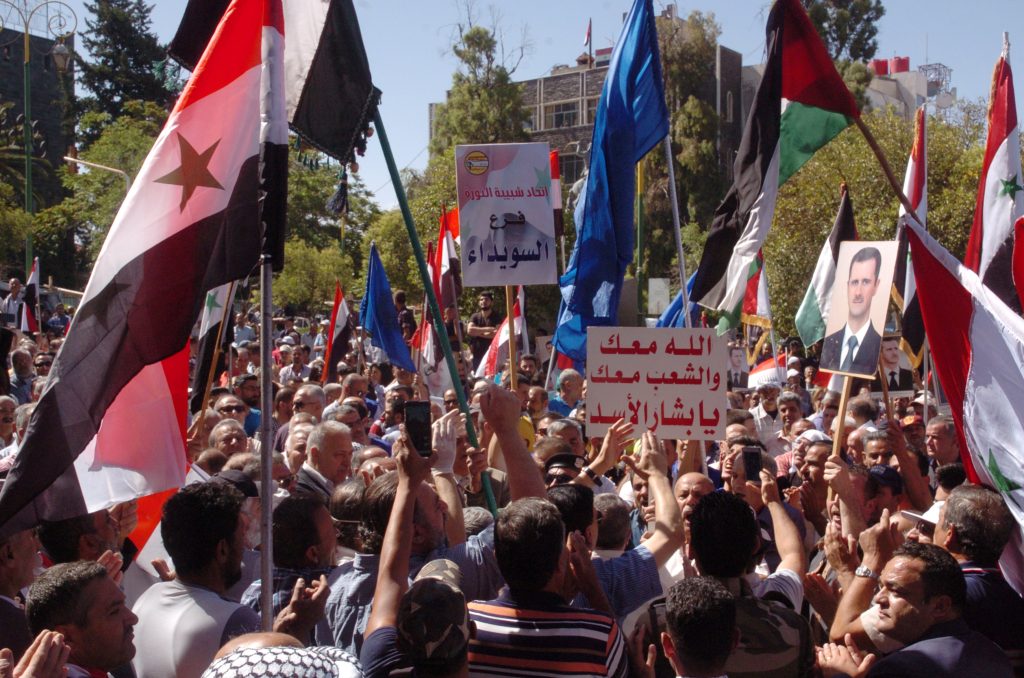 The toughest U.S. sanctions yet on Syria take effect this week, increasing the pressure on President Bashar al-Assad as he grapples with a deepening economic crisis after a decade of war.

Washington says sanctions will help hold Assad and his backers to account for war crimes in a conflict that has killed hundreds of thousands of people. Damascus says it is an escalation of economic warfare against its citizens.

U.S. congressional aides said they expect an announcement as soon as Wednesday.

Syria has already been under U.S. and EU sanctions that have frozen the assets of the state and hundreds of companies and individuals. Washington already bans export and investment in Syria by Americans, and transactions involving oil and hydrocarbon products.

The new sanctions give U.S. President Donald Trump wider powers to freeze the assets of anyone dealing with Syria, regardless of nationality, and cover many more sectors from construction to energy.

The law also targets for the first time those dealing with Russian and Iranian entities in Syria, hitting allies of Assad.

The new legislation could label Syria’s central bank as a “primary laundering concern.”

Sanctions can be lifted if six demands are met, including ending the bombing of civilians, releasing tens of thousands of detainees and allowing “the safe and dignified” return of refugees.

WHAT WILL THE ECONOMIC IMPACT BE?

The sanctions are expected to further deter investment in Syria and deepen Syria‘s isolation from the global financial system. Syria experts say they end hope Damascus and Moscow once entertained of a global reconstruction effort before a political transition that satisfies the West.

Lebanon, a traditional conduit of goods and finance for Syria, will be hard hit as businesses with links to Damascus will have to navigate the new risks, bankers say. Other business partners in neighboring Jordan and in the UAE are already on edge, abandoning plans to invest in Syria, businessmen say.

A recent collapse of the Syrian currency is due partly to the prospect of the new sanctions being applied. Wealthy Syrian expatriates will be discouraged from investing back home.

As economic conditions worsen further, there is also the possibility of a new wave of unrest: Rare demonstrations have recently broken out in Sweida, a government-controlled area that did not rise up against Assad in 2011.

WILL ORDINARY SYRIANS BE HURT?

The new law exempts imports of essential food and humanitarian items but adds more scrutiny to U.N. and NGO aid to ensure they are not benefiting Assad’s government.

Some Western non-governmental organizations, while saying Assad’s government deserves to be punished, are wary of any impact on civilians.