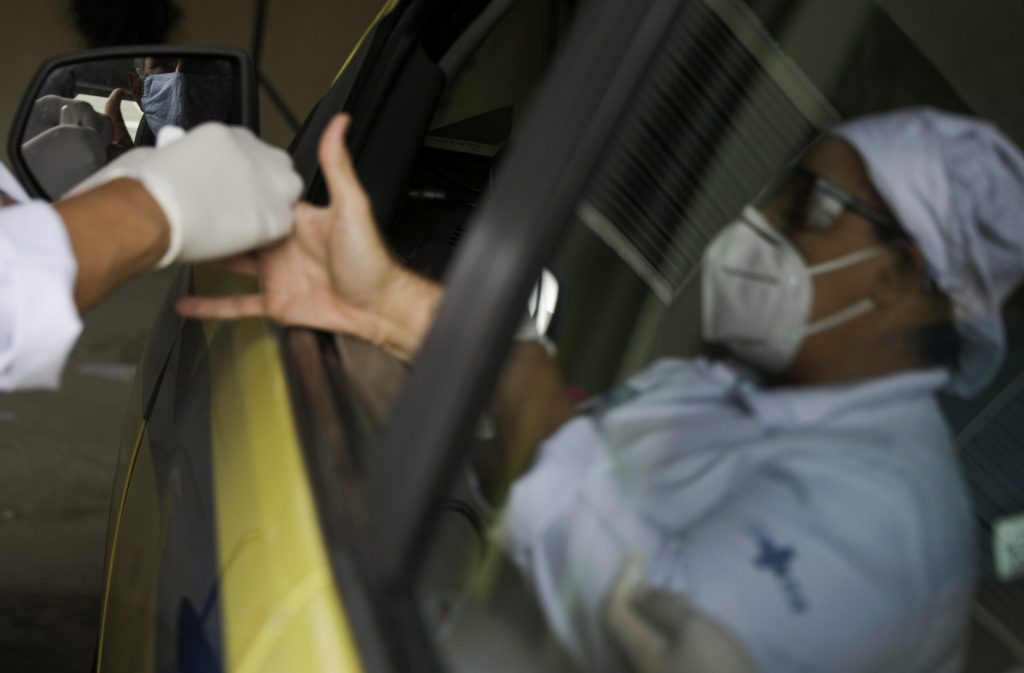 Brazil reported a record 34,918 new coronavirus cases on Tuesday, the same day that one of the senior officials leading the country’s widely criticized response to the crisis said the outbreak was under control.

Brazil, the world’s number-two coronavirus hot spot after the United States, is fast approaching 1 million cases, although experts say the true number is likely higher due to patchy testing. Brazil also registered 1,282 COVID-19 deaths since its last update on Monday, the Health Ministry said, bringing confirmed fatalities in the country to 45,241.

Walter Braga Netto, the head of the office of the president’s chief of staff, known as Casa Civil, and one of the top officials handling the crisis, said it was under control.

“There is a crisis, we sympathize with bereaved families, but it is managed,” said Braga Netto, who spoke during a webinar held by the Commercial Association of Rio de Janeiro.

Braga Netto said Brazil‘s deaths-per-million-people figure was better than that of Belgium, Spain, the United Kingdom, Italy and France. As such, the Army general said he “was trying to convey a message of optimism in the management of the crisis.”

His optimism was not shared by the World Health Organization’s regional director.

Pan American Health Organization (PAHO) Director Carissa Etienne said in a video briefing from Washington that Brazil is a major concern. Latin America’s largest country accounts for about a quarter of the roughly 4 million coronavirus cases in the Americas and nearly 25% of the deaths, she said.

“We are not seeing transmission slowing down” in Brazil, Etienne said.

PAHO recommends that Brazil and other regional countries strengthen social distancing and urged that reopening of the economy be done slowly and carefully.

Brazilian President Jair Bolsonaro has long opposed social distancing measures, and many of the country’s states are re-opening for business even though the outbreak remains severe.