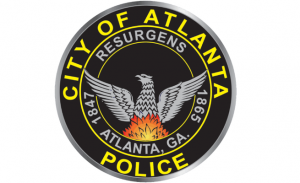 The Atlanta Police Department issued a statement to deny reports of a massive walkout of police officers in the department. Rumors had surfaced on social media that officers in evening shift in Zone 4 walked off the job, followed shortly by officers in Zone 3 and Zone 6.

“Earlier suggestions that multiple officers from each zone had walked off the job were inaccurate. The department is experiencing a higher than usual number of call outs with the incoming shift. We have enough resources to maintain operations and remain able to respond to incidents,” the department tweeted.

“The union, we would never advocate this. We wouldn’t advocate a blue flu,” Champion said. “We don’t know the numbers. Apparently we’re learning that command staff are asking outlying counties for support and aren’t getting it.”

“Why would you put your officer in Fulton County and take the chance of this happening?” Champion told the Atlanta Journal Constitution. “You have an officer who just heard what Paul Howard said, saying he’s going to be in prison for the rest of his life or put to death, and now he’s got to surrender.”

“Blue Flu”, the name given to such job actions by police departments, is a job action used by police unions and officers who wish to raise objections to policies enacted by city officials or other departments. Officers generally call in sick or slow down there response to calls to show there displeasure with policies.

The incident comes just hours after Fulton County District Attorney Paul Howard announced that fired Atlanta Police Officer Garrett Rolfe is charged with felony murder and several other counts in connection to the fatal shooting of Rayshard Brooks, who was killed during an encounter with police at a Wendy’s restaurant off University Avenue Friday night, June 12. The police union has disputed the charges, and accuse the Filton County DA of “activism in place of applying the law.”

Despite the denial from the Atlanta Police, rumors persisted that the police in those zones would not respond to any calls other than one for an officer down. In addition, there were multiple reports on social media that listeners to the police scanner of those zones noted the lack of regular chatter on those channels.

In addition, there has been a report that Atlanta had to request support from surrounding communities due to a shortage of officers needed for these shifts.

Atlanta In Town Paper reported that a Georgia State Patrol unit was seen on the scene of an accident answering a call, and the Fulton County Sherrif was patrolling Zone 3 this evening.

On CNN Wednesday night, Atlanta Mayor Keisha Lance Bottoms said in an interview that morale is down among police officers in the APD.

“Across the country, morale is down with police departments, and I think ours is down tenfold,” she said.