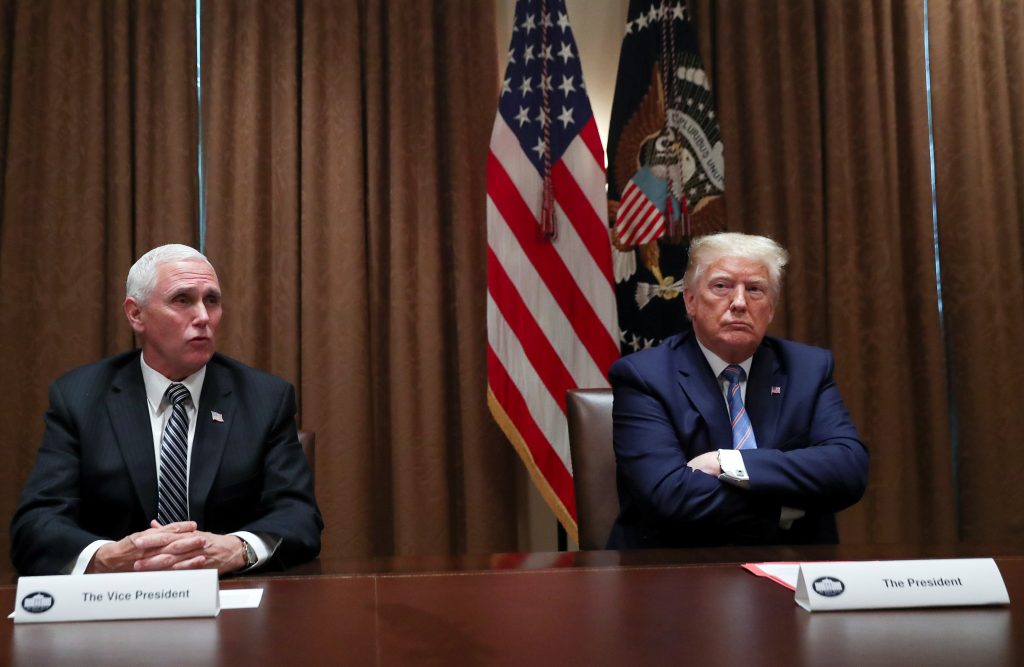 Officials are considering other venues in Tulsa, Oklahoma, for President Donald Trump’s first campaign rally since the coronavirus shutdown, Vice President Mike Pence said on Tuesday, as virus cases climb in Oklahoma and other states.

Pence acknowledged the health risks of bringing so many people together – the campaign said it had received more than 1 million ticket requests – during an interview with Fox News.

“But it’s one of the reasons that we’re going to do the temperature screening and we’re going to provide hand sanitizers and provide masks for people that are attending.”

The campaign rally will be Trump’s first since early March, when the coronavirus pandemic led to quarantines and the shuttering of the U.S. economy. Trump is seeking re-election in November against presumptive Democratic nominee Joe Biden.

“One of the reasons we chose Oklahoma is because Oklahoma has done such a remarkable job in reopening their state,” Pence said.

However, coronavirus infections are on the rise in the state, particularly around Tulsa. The city’s chief health officer has expressed concern about holding such a large indoor and said he wished the rally could be postponed.

An editorial in Tulsa’s largest newspaper said the rally will risk lives and bring no benefit to the city. It called Trump “a divisive figure” who is likely to attract protests and said there was no reason to think a rally would affect the November election in the state, which is heavily Republican.