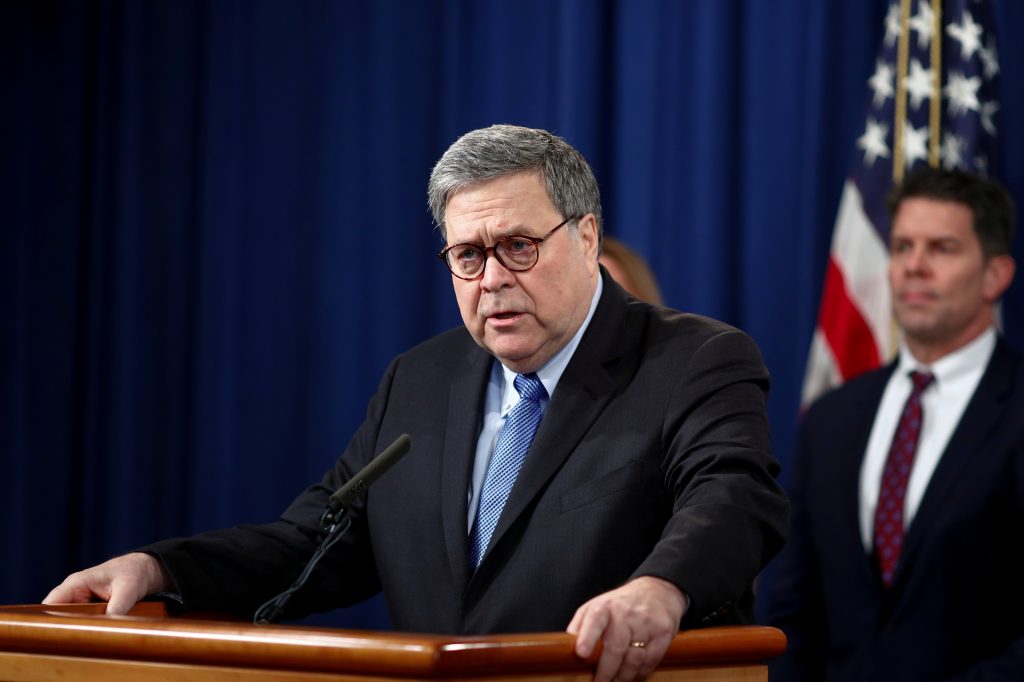 The Justice Department has set new dates to begin executing federal death-row inmates following a months-long legal battle over the plan to resume the executions for the first time since 2003.

Attorney General William Barr directed the federal Bureau of Prisons to schedule the executions, beginning in mid-July, of four inmates convicted of killing children. Three of the men had been scheduled to be put to death when Barr announced the federal government would resume executions last year, ending an informal moratorium on federal capital punishment as the issue receded from the public domain.

“The American people, acting through Congress and Presidents of both political parties, have long instructed that defendants convicted of the most heinous crimes should be subject to a sentence of death,” Barr said in a statement. “The four murderers whose executions are scheduled today have received full and fair proceedings under our Constitution and laws. We owe it to the victims of these horrific crimes, and to the families left behind, to carry forward the sentence imposed by our justice system.”

The Justice Department had scheduled five executions set to begin in December, but some of the inmates challenged the new procedures in court, arguing that the government was circumventing proper methods in order to execute inmates quickly.

The department wouldn’t say why the executions of two of the inmates scheduled in December hadn’t been rescheduled.

The resumption comes as the federal prison service has struggled to combat the coronavirus pandemic behind bars, including at least one death at USP Terre Haute, where they will take place. One inmate there has died from COVID-19.

Three of the executions are scheduled days apart beginning July 13, with another scheduled for Aug. 28. The Justice Department said additional executions will be set at a later date.

Executions on the federal level have been rare and the government has put to death only three defendants since restoring the federal death penalty in 1988. Though there hasn’t been a federal execution since 2003, the Justice Department has continued to approve death penalty prosecutions and federal courts have sentenced defendants to death.

The attorney general said last July that the Obama-era review had been completed, clearing the way for executions to resume. He approved a new procedure for lethal injections that replaces the three-drug combination previously used in federal executions with one drug, pentobarbital. This is similar to the procedure used in several states, including Georgia, Missouri and Texas, but not all.

Barr told the AP in November that the federal Bureau of Prisons had been testing and conducting practice drills ahead of the first execution. He would not say where the drugs would come from.

Those chosen were among inmates who had exhausted their appeals, and the cases were forwarded to senior Justice Department officials who reviewed the cases and made recommendations to him, Barr said.

President Donald Trump has spoken often about capital punishment and his belief that executions serve as an effective deterrent and an appropriate punishment for some crimes, including mass shootings and the killings of police officers.

Lawyers for the men decried the Justice Department’s decision to move ahead with the executions.

Ruth Friedman, an attorney for death row inmate Danny Lee, said the government relied on “junk science and false evidence” in his case and said he is trying to get a court to consider problems in his case. “Given all of these circumstances, it would be unconscionable for the government to execute Danny Lee,” Friedman said.

Attorney Rebecca Woodman, who represents another death row inmate, said her client suffers from schizophrenia, Alzheimer’s disease and dementia and doesn’t understand why the government plans to execute him. In her view, no execution should proceed unless and until the question of the inmate’s competency is resolved.