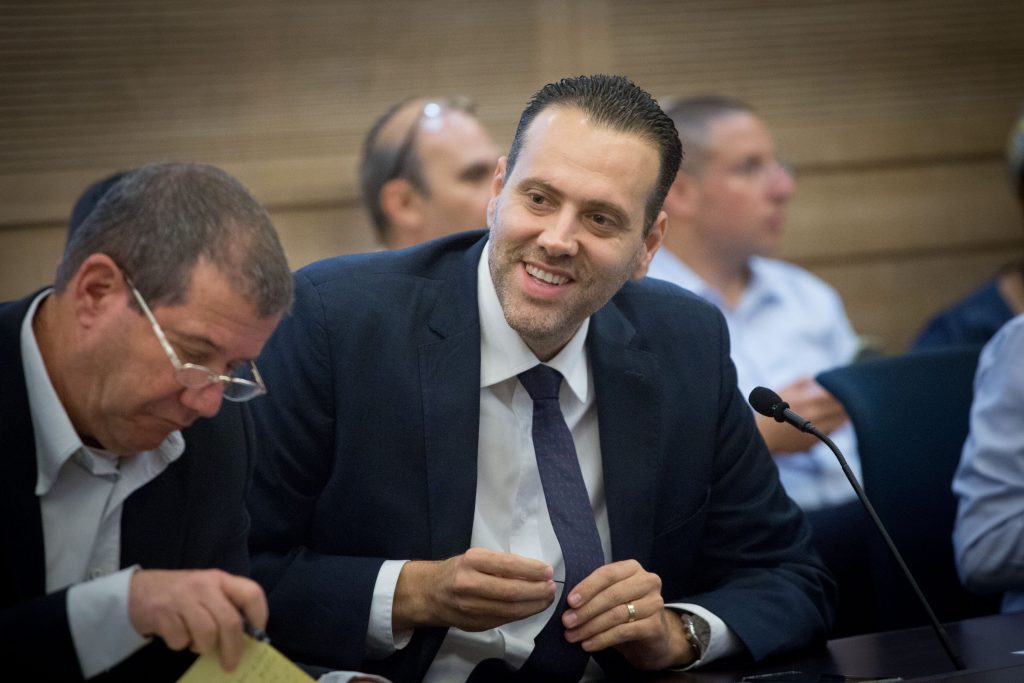 “The Prime Minister has unequivocally announced that neither the Knesset nor the government would ever agree to the principle of the establishment of a Palestinian state under any conditions,” Zohar said in a tweet.

“The Deal of the Century will not be accepted or brought before the Knesset. It can serve as the basis for negotiations, but it does not require us to accept a Palestinian state,” Zohar said.

Netanyahu has so far made no comment on the matter.

But that didn’t stop the Yesha council, some of whose leaders have been vociferously opposing the Trump peace plan, from saying it “welcomes the shift in Netanyahu’s stance.”

In a speech at Bar Ilan University in 2009, Netanyahu accepted a Palestinian state in principle, on condition that it be demilitarized. The U.S. plan, which provides for a Palestinian state, if the Palestinians meet a number of conditions within the next four years, has been enthusiastically embraced by Netanyahu.

Zohar continued: “I believe there is a majority in the Knesset for the application of sovereignty under the [Trump] plan’s framework: applying sovereignty over all localities in Judea and Samaria and the Jordan Valley, as well as all outposts so not a single Jew will be evacuated from his home.

“The sequence of the application of the State of Israel’s sovereignty in Judea and Samaria will be done in such a manner as to minimize the suffering and to maintain the optimal conditions of the settlers living there. This is a historic plan and a one-time opportunity to apply sovereignty over the entire territory of the Land of Israel,” Zohar concluded.