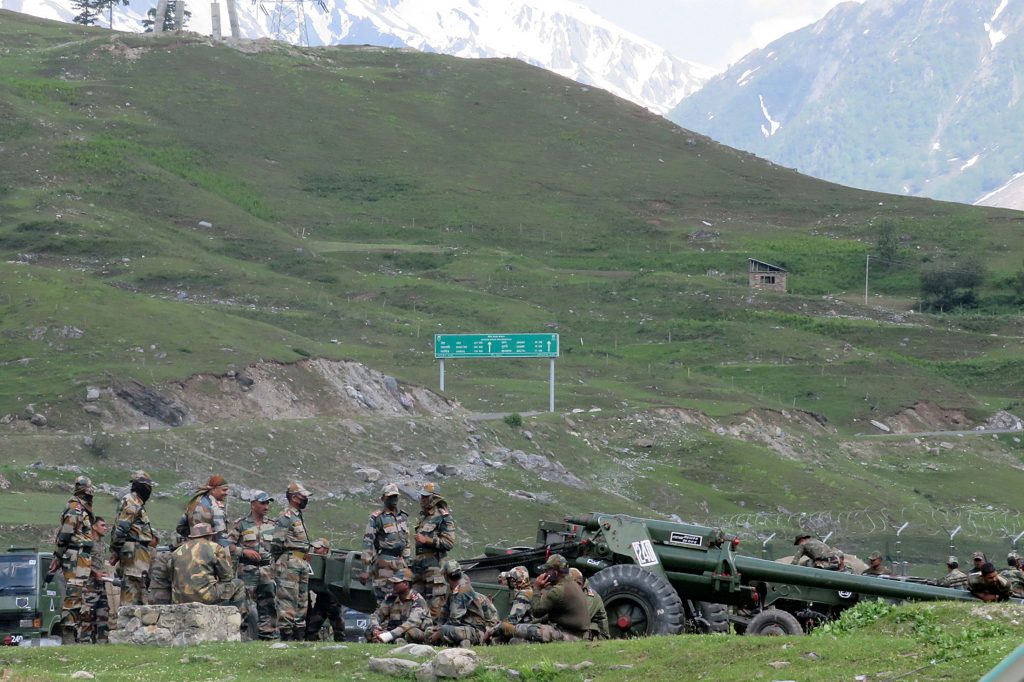 At least three Indian soldiers, including a senior army officer, were killed in a confrontation with Chinese troops along their disputed border high in the Himalayas where thousands of soldiers on both sides have been facing off for over a month, the Indian army said Tuesday.

The incident — in which neither side fired any shots, according to Indian officials — is the first deadly confrontation between the two Asian giants since 1975.

The Indian army said in a statement that a “violent faceoff” took place in Galwan Valley in the Ladakh region on Monday night, “with casualties on both sides.”

“The loss of lives on the Indian side includes an officer and two soldiers,” the statement said. “Senior military officials of the two sides are currently meeting at the venue to defuse the situation.”

China, for its part, accused Indian forces along the border of carrying out “provocative attacks” on its troops, leading to “serious physical conflicts” between the sides.

Foreign Ministry spokesman Zhao Lijian gave no details on any casualties on the Chinese side, but said Tuesday that China had strongly protested the incident while still being committed to maintaining “peace and tranquility” along the disputed and heavily militarized border.

“But what is shocking is that on June 15, the Indian troops seriously violated the consensus of the two sides, crossed the border illegally twice and carried out provocative attacks on Chinese personnel, resulting in serious physical conflicts between the two border forces,” Zhao said.

Thousands of soldiers from the two countries, backed by armored trucks and artillery, have been facing off just a few hundred yards apart for more than a month in the Ladakh region near Tibet. Army officers and diplomats have held a series of meetings to try to end the impasse, with no breakthrough.

Indian authorities have officially maintained near-total silence on the issues related to the confrontation, and it was not immediately clear how the three Indian soldiers died.

But two Indian security officials familiar with latest developments told The Associated Press that soldiers from the two sides engaged in fistfights and stone-throwing, which led to the casualties. Both maintained that no shots were fired by either side. The officials spoke on condition of anonymity in keeping with government regulations.

The tense standoff started in early May, when Indian officials said that Chinese soldiers crossed the boundary in Ladakh at three different points, erecting tents and guard posts and ignoring verbal warnings to leave. That triggered shouting matches, stone-throwing and fistfights, much of it replayed on the media.

China has sought to downplay the confrontation while saying the two sides were communicating through both their front-line military units and their respective embassies to resolve issues.

The disputed border covers nearly 2,175 miles of frontier that the two countries call the Line of Actual Control.

Though skirmishes aren’t new along the disputed frontier, the standoff at Ladakh’s Galwan Valley, where India is building a strategic road connecting the region to an airstrip close to China, has escalated in recent weeks.

India and China fought a border war in 1962 that also spilled into Ladakh. The two countries have been trying to settle their border dispute since the early 1990s without success.

Since then, soldiers from the two sides have frequently faced off along their long frontier that stretches from Ladakh in the north to the Indian state of Sikkim in the northeast.

The Indian army statement said the “violent faceoff” occurred “during the de-escalation process underway in the Galwan Valley.”