National ‘You Can Call Me a Snitch’: Police Dispatcher Alerted Supervisor to Officer Kneeling on George Floyd
National 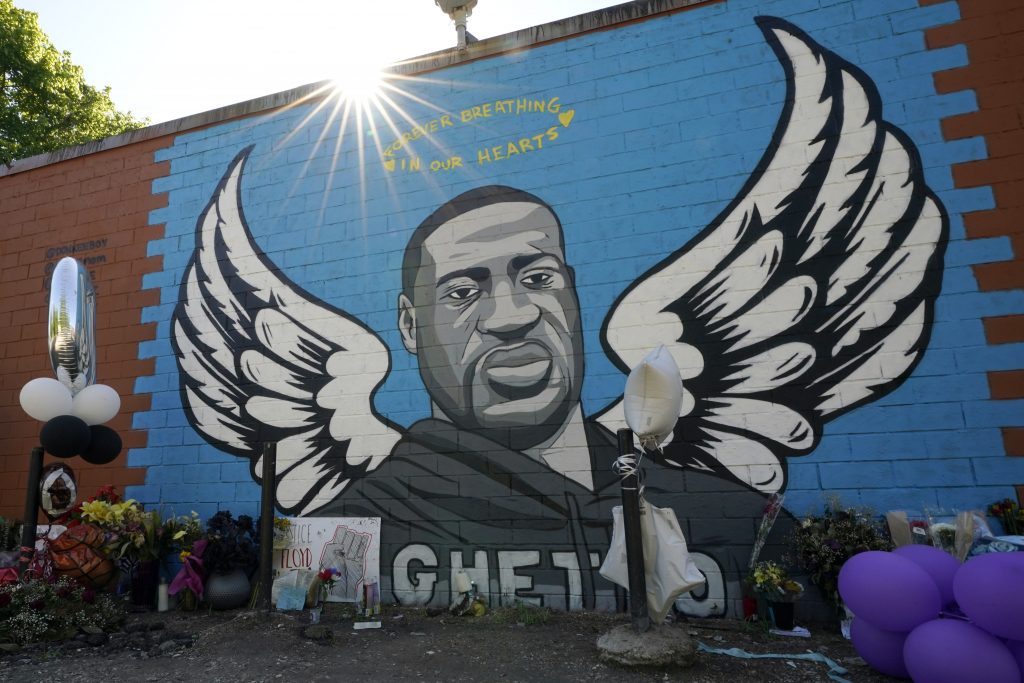 After watching live footage of Minneapolis officers arresting George Floyd on May 25, a police dispatcher was concerned enough by what she saw to call a supervisor.

“You can call me a snitch if you want to, but we had the cameras up” on Floyd’s arrest, said the unnamed dispatcher in audio released on Monday. “All of them sat on this man.”

The supervisor promised to “find out” what was happening – but it would be nearly another 15 minutes before a sergeant arrived at the scene where Officer Derek Chauvin had knelt on George Floyd’s neck for nearly nine minutes before his death, the Minneapolis Star Tribune reported.

The tape, part of a batch of 911 calls about Floyd’s death released by the city, raises fresh questions about how Minneapolis police reacted as horrified bystanders and their own dispatcher sounded alarms about the officers’ use of force.

One 911 caller, an off-duty firefighter who happened upon the scene while police pinned Floyd to the street, reported the officers were making no effort to save his life.

“I literally watched police officers not take a pulse and not do anything to save a man, and I am a first responder myself, and I literally have it on video camera,” said the unnamed firefighter, according to a transcript reviewed by the Star Tribune. “I just happened to be on a walk so, this dude, this, they [expletive] killed him . . .”

As Floyd’s death has sparked worldwide protests against racial injustice and police brutality, Chauvin, 44, has been charged with second- and third-degree murder. Three other officers who were on the scene face charges of felony aiding and abetting second-degree murder and second-degree manslaughter. All four officers have been fired.

The newly released call from a police dispatcher suggests even some inside the department were alarmed at what they saw unfolding outside the Cup Foods market where Floyd was accused of using a counterfeit $20 bill.

The dispatcher watched the incident on a video feed from the network of hundreds of police cameras stationed around the city, the Star Tribune reported.

She called a supervisor around 8:30 p.m. on May 25 and spoke to him for less than a minute, according to a time stamp on the call. That’s roughly the same time when an unresponsive Floyd was loaded into an ambulance on a stretcher and then rushed to the hospital, according to a timeline of his death by The Washington Post.

The dispatcher described what she’d seen, telling the supervisor that the officers “got something out of the back of the squad, and all of them sat on this man, so I don’t know if they needed you or not, but they haven’t said anything to me yet.”

The supervisor responded, “Yeah, they haven’t said anything yet, unless it’s just a takedown, which doesn’t count, but I’ll find out.” (He was probably referring to a Minneapolis police policy that officers using approved “takedown techniques” aren’t required to notify their superiors that they used force on someone, the Associated Press reported.)

Then, the dispatcher added, “No problem, we don’t get to ever see it, so when we see it we’re just like, well, that looks a little different, but . . .”

Bystanders who called 911 were more frank in their assessment of what Chauvin and the other officers had done to Floyd.

The cops “pretty much just killed this guy that wasn’t resisting arrest. He had his knee on the dude’s neck the whole time,” one caller told 911, according to a transcript reviewed by the AP.

The caller reported Floyd had “stopped breathing” and he “was already in handcuffs.”

He added, “I don’t even know if he dead for sure but dude was not responsive when the ambulance came and got him, and the officer that was just out here left, the one that actually just murdered the kid in front of everybody.”

The Minneapolis police did not immediately respond to a message from The Washington Post early on Tuesday about the recordings. Police declined to comment to the Star Tribune, citing the open investigation into Floyd’s death.