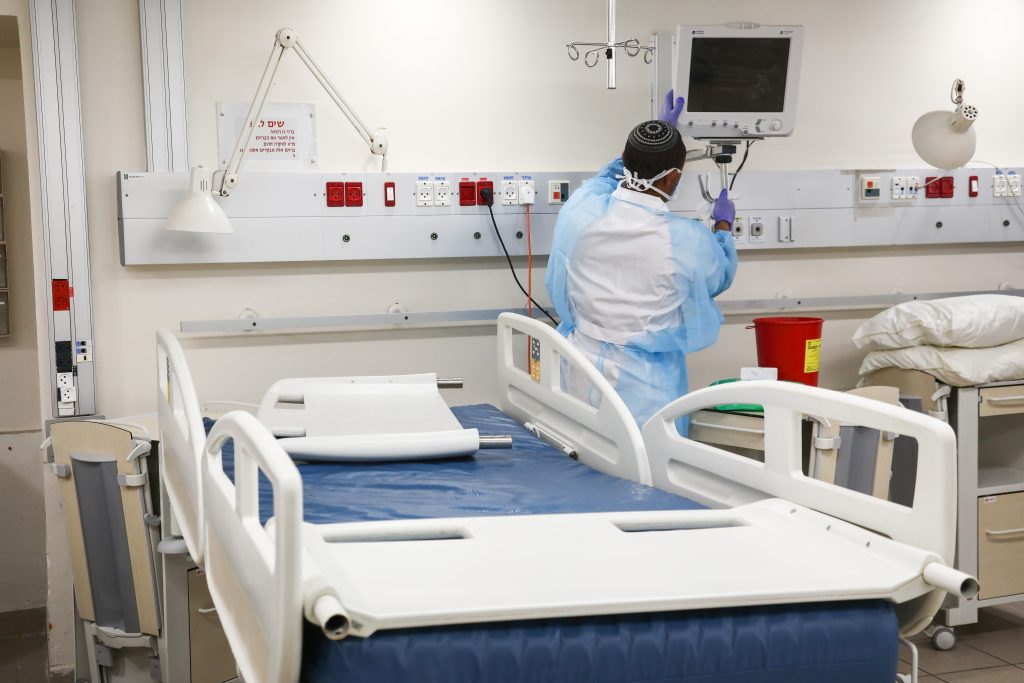 The number of cases of coronavirus is growing exponentially across Israel. Over 200 cases were diagnosed on Monday, among them 11 employees at the Tel Aviv Ichilov Medical Center, raising concerns of an outbreak among the staff at the hospital.

Among the employees are three doctors, two nurses and six paramedics, management and general staff.

A Health Ministry report showed that the virus is spreading in the chareidi cities, Beitar Illit, Bnei Brak and Elad.

Yediot Acharonot reported that staff at Ichilov had broken social distancing rules more than once, including a goodbye party held a few days ago, when more than 20 people were present in the same room without face masks for a noticeable period of time.

Shortly after the party, one of the doctors in attendance was informed that his wife and daughter had been infected with coronavirus. He was later found to also have the virus. All attendees at the party are now in mandatory quarantine. The department in which the party was held was closed on Sunday to the public, but has since reopened.

Ichilov Director General Professor Roni Gamzu is meeting with the various departments to stress the importance of following social distancing regulations, but some doctors in the hospital told Yediot that they only found out about the details of the incidents through other doctors and not through orderly information distributed by the administration.

According to the Health Ministry, 690 medical staff throughout Israel are in quarantine, including 68 from Sourasky.

There are 3,598 active cases of the virus in Israel.