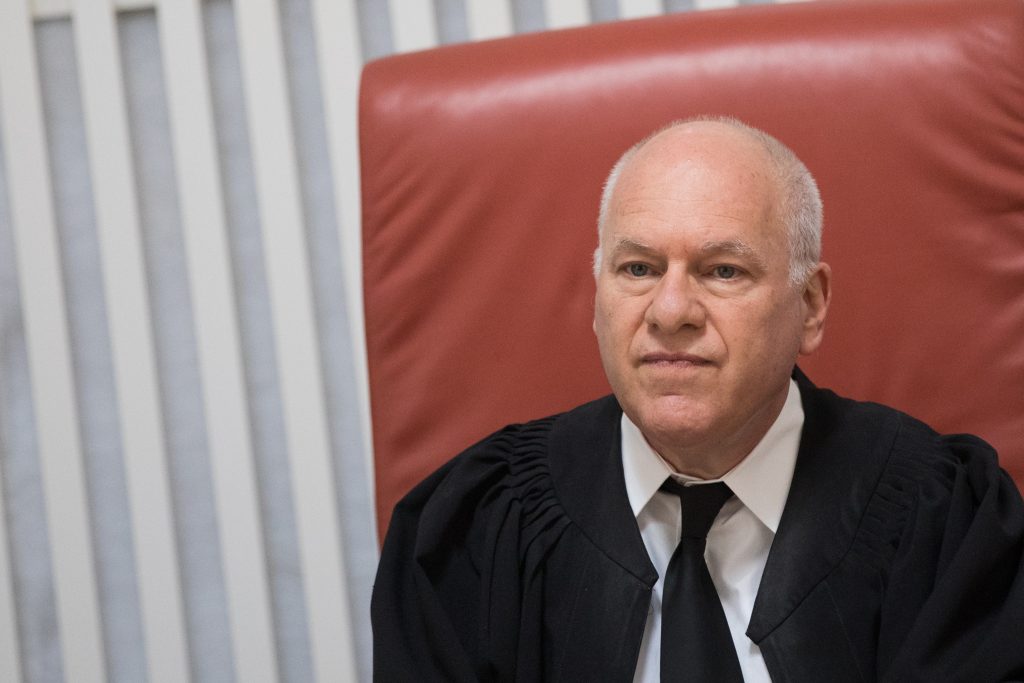 A right-wing activist admitted on Monday to placing threatening stickers on the mailbox of High Justice Uzi Fogelman.

Shafi Paz, an activist from southern Tel Aviv, said she was the one who posted stickers saying “Jewish blood is cheap: the Supreme Court,” on Fogelman’s mailbox.

“It took me a while to find his address. Otherwise I would have done it long ago,” said Paz, unapologetically.

Judge Fogelman, who took the message as a threat to him, filed a complaint with the police. Just the day before, Justice Anat Baron told police she had received threatening letters. It was not known if Paz had any connection to the latter.

Paz is known for her activities demanding the expulsion of illegal African migrants.

However, she told Arutz Sheva that it was not intended as a threat.

“I stuck the stickers as part of my ongoing fight against the Court. It wasn’t a threat; I just came to tell him what I thought. It’s like what I do once a week in front of (Court President] Esther Hayut’s house, like we did several times in front of [former Chief Justice] Aharon Barak’s house, and as we will do at the home of every judge who harms us and whose address I find. It’s just a protest. We do have the freedom to protest. I’m sorry, Fogelman, if I dirtied the mailbox a little bit.”