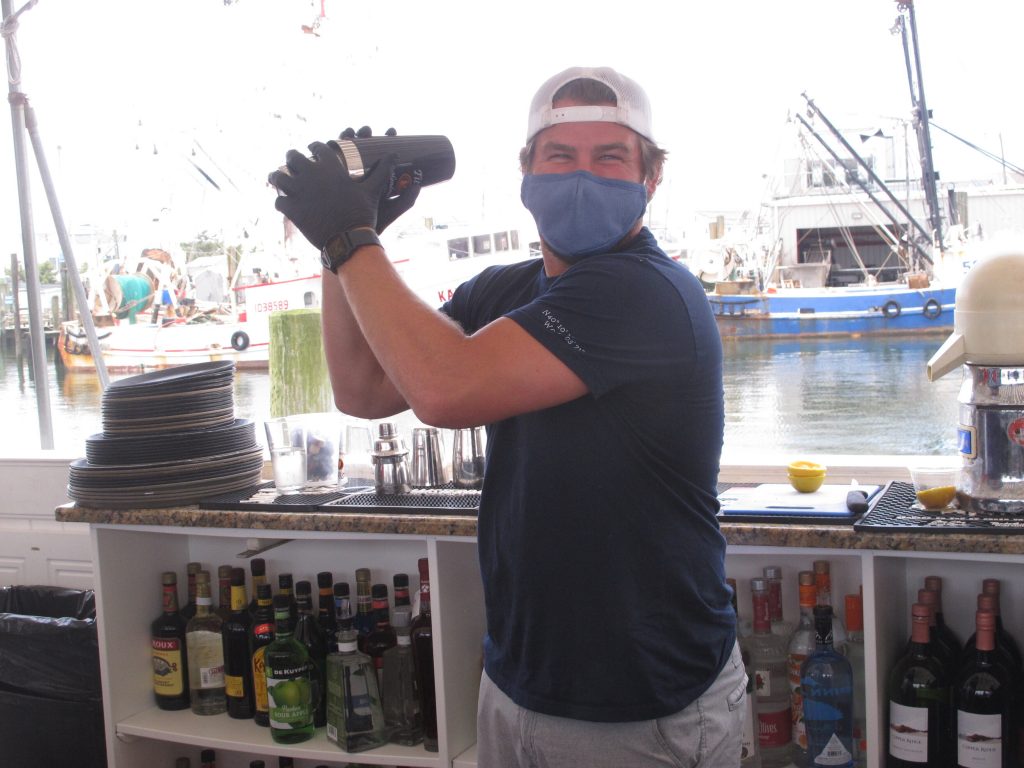 Outdoor dining, in-person retail and curbside pickup at libraries in New Jersey are among the services that re-opened Monday from their COVID-19 pause.

Democratic Gov. Phil Murphy said previously that Monday would mark the start of Stage 2 of re-opening the state from the coronavirus outbreak. Childcare services are also cleared to re-open, the administration said.

“It’s a big day,” Gov. Murphy said on NBC. “We’re slowly but surely getting back on our feet.”

Late Sunday, Murphy clarified that curbside pickup at libraries would be added to the list of businesses re-opening Monday.

In Point Pleasant Beach, customers turned out to a popular seafood restaurant on the same waterway where commercial fishing boats unload their catch. Barbara White of Howell Township was first in line to be seated when the restaurant opened for lunch.

“I did a sun dance so the clouds would go away and we’d get some sunshine — and it worked!” she said, tucking into a plate of seafood and mixed greens. “Good food, nice atmosphere, some fun — this is what everybody needs right now.”

George Gyftakis, the restaurant’s owner, was counting on the start of outdoor dining to revive his business, which struggled for months while still keeping its dozens of workers on the payroll with little money coming in.

“Takeout really didn’t work for a business like this,” he said. “People want to be outside, looking at the boats, smelling the ocean breeze with their friends.”

He said in recent days, when it became clear outdoor dining would soon resume, businesses had to scramble for outdoor supplies.

“Places were selling out of plastic picnic tables and chairs, to-go containers,” he said. “It’s going to be tough for a while, but we’re glad to be where we are now.”

But business was hit-or-miss at many eateries. Several had erected outdoor tents with tables, chairs, place settings and wait staff, only to see them stand empty as noon approached. Cooler than normal temperatures may have played a part in discouraging some outdoor diners.

Murphy lifted the statewide stay-home order last week, but said residents would still have to abide by limits of no more than 50 people indoors and up to 100 people outside.

New Jersey is among the worst-hit states by the virus, but state Health Department trends are headed in the right direction, Murphy said Monday at a news conference. The number of residents hospitalized and in intensive care continues to fall. There were 274 new cases overnight, the governor reported, putting the total at 167,000. There were 52 new deaths overnight for an overall death toll of 12,676, he added.