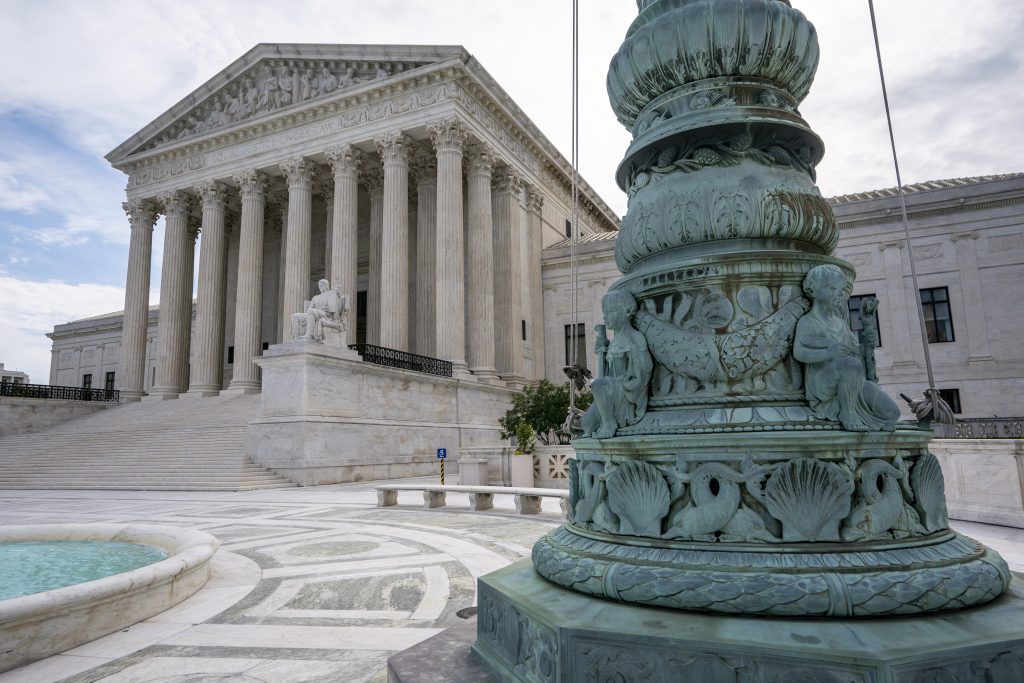 The Supreme Court on Monday paved the way for a critical permit for a proposed natural gas pipeline that would cross under the Appalachian Trail, siding with energy companies and the Trump administration.

The justices ruled 7-2 to reverse a lower court ruling that had thrown out the permit for the Atlantic Coast Pipeline. It would bring natural gas from West Virginia to growing markets in Virginia and North Carolina. Its supporters say the pipeline would bring economic development, thousands of jobs and reduced energy costs for consumers.

Justice Clarence Thomas wrote for a majority of the court that the “Forest Service had the authority to issue the permit here.” Justices Sonia Sotomayor and Elena Kagan dissented.

Other legal issues remain before construction of the pipeline could begin. The narrow question before the Supreme Court was whether the U.S. Forest Service has the authority to grant rights-of-way through lands crossed by the Appalachian Trail within national forests, as project developers Dominion Energy and Duke Energy and the Trump administration argued.

Atlantic Coast Pipeline spokeswoman Ann Nallo said in a statement that the decision is an “affirmation for the Atlantic Coast Pipeline and communities across our region that are depending on it for jobs, economic growth and clean energy” and that they “look forward to resolving the remaining project permits.”

The Sierra Club and other environmental groups had argued that because the 2,200-mile scenic trail from Georgia to Maine is considered a unit of the National Park System, no federal agency can grant a right-of-way for the pipeline. They say only Congress can approve such a crossing.

The Richmond, Virginia-based 4th U.S. Circuit Court of Appeals agreed with the environmentalists in 2018 and threw out a special-use permit for the 605-mile natural gas pipeline.

D.J. Gerken, program director for the Southern Environmental Law Center, which represented the environmental groups before the Supreme Court, said they were disappointed with the ruling but that it “doesn’t mean much for this pipeline in the near term” because it is still missing a total of eight required permits.

Gerken said the Forest Service will now need to restart the environmental review process and then decide if it will reissue a permit for the pipeline. The Forest Service still needs to address three other issues cited by the 4th Circuit when it tossed out the permit, including the court’s finding that the agency had failed to fully consider alternative routes to avoid national forests.

“The practical, real-world requirement of having to look for a different route for this thing is still very much on the table,” he said.

The project has had numerous setbacks since plans were first announced in 2014. Legal challenges brought by environmental groups have prompted the dismissal or suspension of eight permits and halted construction for more than a year.

The project is more than three years behind schedule and its original price tag has nearly doubled to $8 billion.

Dominion says the pipeline will bring a critical new gas supply to Virginia and North Carolina to support the shift away from coal and toward intermittent natural resources like solar. The company also says greater availability of natural gas will attract manufacturing businesses.