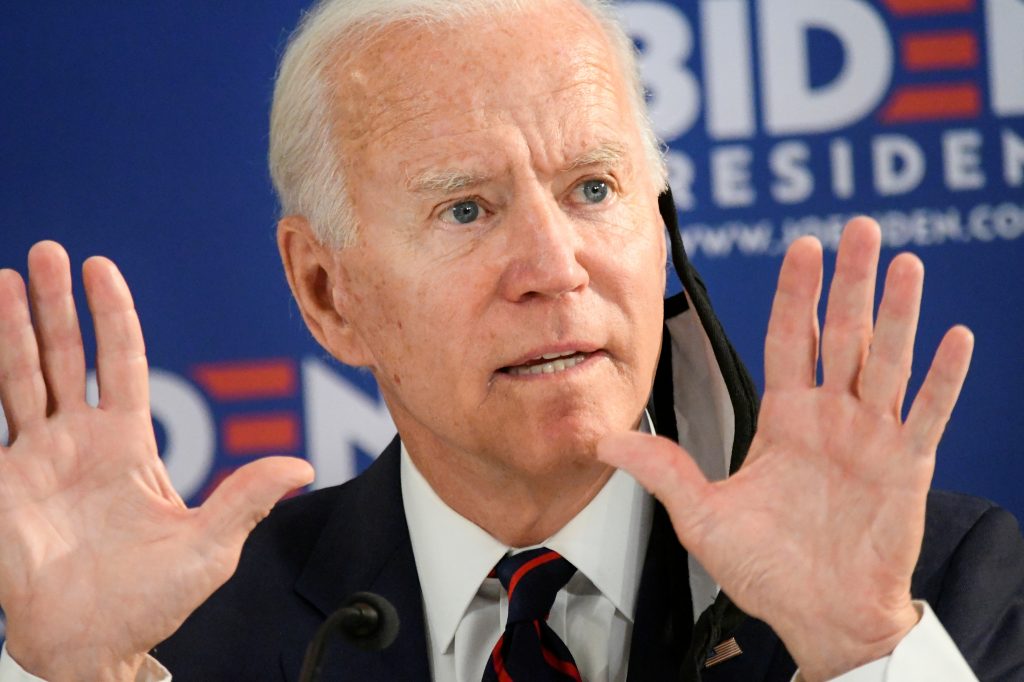 The Democratic National Committee’s council on climate change irked party leadership when it published policy recommendations this month that ventured beyond presidential candidate Joe Biden’s plan, according to three people familiar with the matter.

The party tension shows the tricky nature of climate politics as Biden seeks to court young and more progressive voters without turning off voters in energy-producing swing states like Pennsylvania and Ohio, where a boom in shale gas drilling had created blue-collar jobs.

Members of the DNC Environment and Climate Crisis Council, formed last year, published proposals for the party’s four-year platform on June 4 in a press release, calling for up to $16 trillion in spending to shift the U.S. economy away from fossil fuels while banning hydraulic fracturing and oil and gas exports.

The council’s proposals far exceed Biden’s current climate plan, which bans new oil and gas permits on public lands and dedicates $1.7 trillion to accelerate the transition to renewable energy, but allows continued fracking and exports in the meantime.

Biden’s campaign is updating its climate plan as it prepares for the Nov. 3 election contest against Republican President Donald Trump, a fervent advocate of fossil fuel drilling and mining who has downplayed climate change risks and unwound hundreds of environmental regulations.

Biden is being advised by a panel led by U.S. Representative Alexandria Ocasio-Cortez, who has called for a vast government-run effort to move away from fossil fuels, and John Kerry, who helped negotiate the Paris climate agreement as President Barack Obama’s Secretary of State.

One senior Democrat familiar with the DNC’s workings said climate council members overstepped by putting out recommendations ahead of the convention that are unlikely to be adopted in the party’s platform, which will be drafted by a DNC committee by its August convention.

“It’s a nonstarter,” said the Democrat, who requested anonymity to discuss the matter. “Nobody takes them seriously. Joe Biden will be writing the platform for our national convention.”

Two people close to the DNC said the council blindsided the party by publicly releasing the 14-page document.

“They acted like insurgents within the party trying to stake out a left flank before the convention,” one of the sources said.

The DNC agreed to create the council last year after angering environmental activists and progressives for declining to hold a standalone climate debate among competitors for the party’s presidential nomination.

Council Chair Michelle Deatrick said the council has been in touch with both Biden’s climate advisory panel and the campaign but published the recommendations ahead of the convention to help galvanize support for an aggressive plan.

“We are advocating to ensure these recommendations are adopted in the Democratic Party platform. We have strong support, and are building a coalition of environmental groups, Democratic Party groups and more,” she said.

Deatrick was a campaign surrogate of Biden rival Bernie Sanders, who had released a $16 trillion climate plan last year before dropping his bid for the party nomination. Other council members include representatives and activists from conservation and environmental justice groups.

Cecil Roberts, president of the United Mineworkers Union, said the recommendations would have “political consequences.”

“I can assure you that the mere issuing of this report has already cost Democrats potential votes in places like Pennsylvania, Ohio and Michigan,” he said.