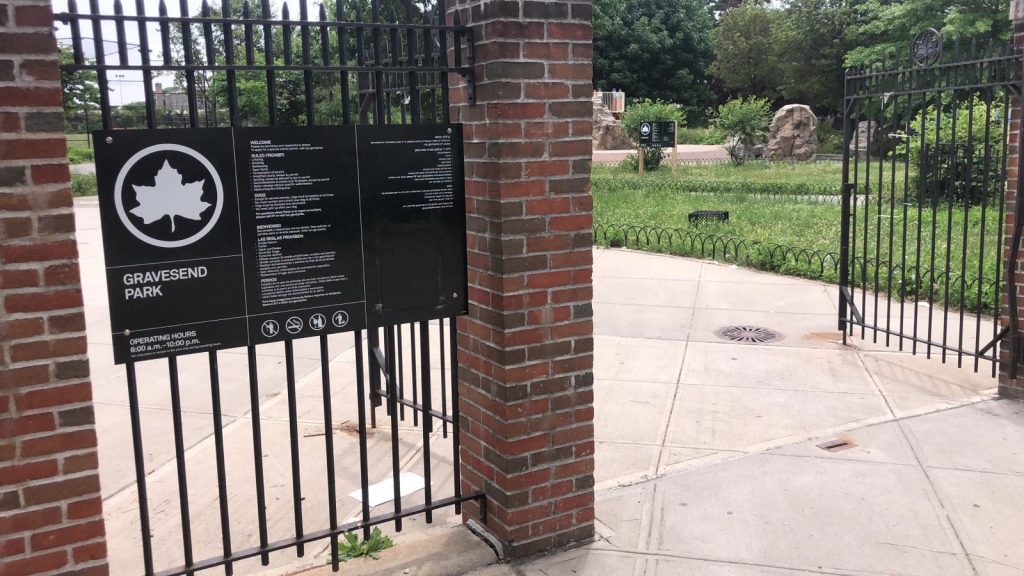 Playgrounds in New York state have been closed during the coronavirus shutdown. (Parks have been open, but Gravesend Park is classified as a playground.) But as the pandemic has waned across the state, on Thursday Gov. Andrew Cuomo announced that he would allow localities to open playgrounds and public pools “in their judgment, while following state guidance.” But Mayor Bill de Blasio has not yet permitted the opening playgrounds in New York City, which has been slower to reopen than other regions of the state. A City Hall spokesperson told Hamodia on Sunday, “We are watching health indicators closely and simultaneously working on a plan so when it’s safe to open playgrounds, we can.”

But calls for the opening of playgrounds have grown in recent days, particularly as videos have appeared on social media of law-enforcement officials expelling mothers and children from playgrounds even while large Black Lives Matter protests have occurred nearby. Mayor Bill de Blasio has continually defended the rights of those protestors to gather even while other New Yorkers have had to abide by lockdown restrictions.

On Sunday, in an event coordinated by Tischler, a radio personality and former City Council candidate, hundreds of children entered the officially shuttered Gravesend Park, on 18th Avenie at 56th Street in the Boro Park neighborhood. When a Parks Department official tried to lock it, Tischler told Hamodia, the official was turned away by NYPD Deputy Chief Charles Scholl.

On Monday morning, as residents were enjoying the park, three Parks Department officials who showed up and attempted to shutter it were confronted by Tischler.

“You can’t close the park,” Tischler exclaimed. “Chief Scholl told you not to close it because all the other parks are open … I’ll call the police and ask them to send you away.”

Tischler called Scholl, as well as the Parks Department. A high-ranking Parks official arrived, and after discussion with Tischler, said he would allow Gravesend Park to remain open, at least “until the [Parks Department] supervisors can get together” and agree on what to do.

Noting that Cuomo is permitting the playgrounds to open but de Blasio is not, the official said, “Cuomo said new York City parks are open, and he wants the playgrounds open. De Blasio says I’m not opening up the playgrounds, even though I know [what] the governor said. That’s an argument between those two, but until those two get on the same page … I’m going to have the supervisors talk and maybe they can hash it out, but as of now, we’re going to let you guys stay where you are.”

“I am so happy for the people of our community, especially our children,” Tischler said. “As thousands of protestors have been allowed to gather across this city, and as sleepaway camps have been banned, I hope that our children will be able to enjoy the summer days in the playground.”