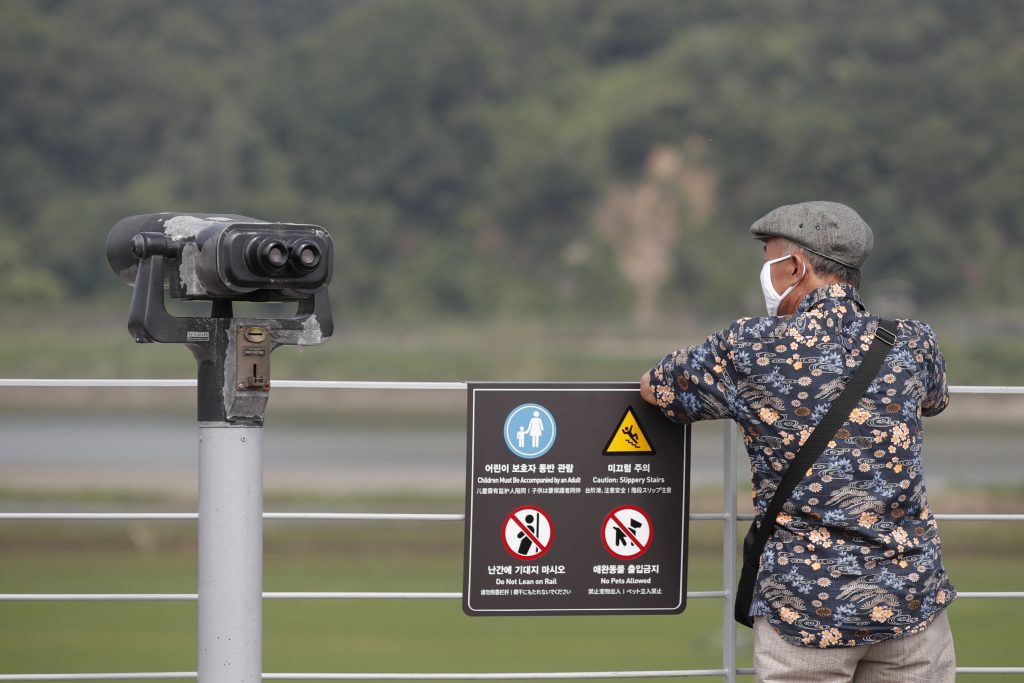 South Korea on Sunday convened an emergency security meeting and urged North Korea to uphold reconciliation agreements, hours after the North threatened to demolish a liaison office and take military action against its rival.

There’s concern that North Korea could turn to provocation to bolster its internal unity and wrest outside concessions as nuclear talks with the United States remain deadlocked. Observers say North Korea desperately needs sanctions relief in the face of harsh U.S.-led sanctions and the coronavirus pandemic.

South Korea National Security Director Chung Eui-yong held an emergency video conference with ministers in charge of security and military generals on Sunday morning to discuss the latest situation on the Korean Peninsula and the government’s possible steps, the presidential Blue House said in a statement.

The Unification Ministry, which handles relations with North Korea, later said that both Koreas must strive to abide by all agreements they have reached. The Defense Ministry said separately it closely monitors North Korea’s military and maintains a firm military readiness.

Both ministries said the South Korean government “views the current situation as grave.”

On Saturday night, Kim Yo Jong, the influential sister of North Korean leader Kim Jong Un, warned that Seoul will soon witness “a tragic scene of the useless North-South liaison office (in North Korea) being completely collapsed.” She also said she would leave to North Korea’s military the right to take the next step of retaliation against South Korea.

The North has linked its recent series of threats to Seoul’s failure to prevent activists from launching propaganda leaflets across their border. But some experts say North Korea is deeply frustrated that South Korea hasn’t done enough to revive lucrative joint economic projects as well as over a lack of progress in its nuclear talks with Washington.

The negotiations have made little progress since a second summit between Kim Jong Un and President Donald Trump in early 2019 fell apart because of disputes over how much sanctions should be lifted in return for Kim’s dismantling his main nuclear complex.

Kim later vowed to expand his nuclear arsenal, introduce a new strategic weapon and overcome the U.S.-led sanctions that he said “stifles” his country’s economy.

He also pushed South Korea to resume the operations of the two big inter-Korean projects — a factory park and a tourism site, both in North Korea — but South Korea was unable to do so due to the sanctions.

Kim’s struggle to address economic woes has likely faced setbacks as the coronavirus pandemic forced North Korea to close its border with China, its biggest trading partner. North Korea says it hasn’t reported a single outbreak but foreign experts question that claim and warn a pandemic in the North could be dire due to its fragile heath care system.

Some observers say the end of the 2018 deals could allow North Korea to send ships across the disputed sea boundary, float down mines on a border river or take other provocative steps at the border area. The South Korean Defense Ministry statement said the 2018 deals must be maintained to prevent accidental armed clashes and establish peace on the Korean Peninsula.

But it’s still unclear if the North would go ahead with its threat to destroy the liaison office, which was built at a North Korean border town following a 2018 summit between Kim Jong Un and South Korean President Moon Jae-in. Such a move could deepen anti-Pyongyang sentiments and make it difficult for the North to restore ties with South Korea when needed.