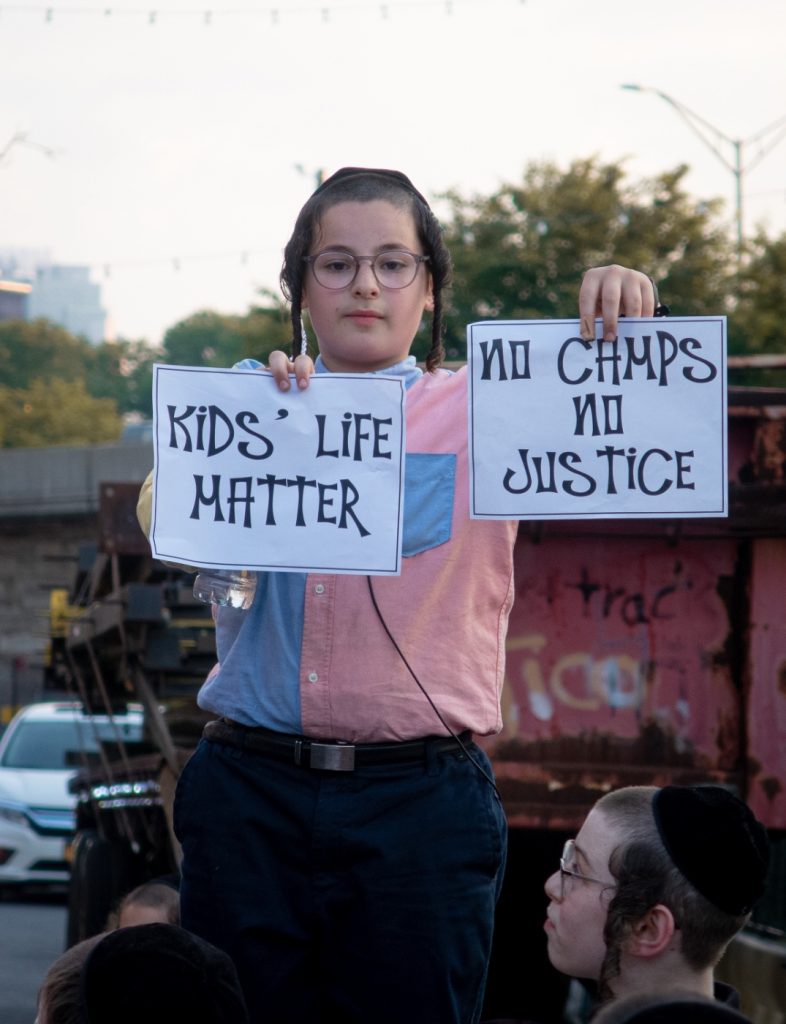 The rally is called for Sunday at 11 a.m., at the Kolbert Park, Avenue L and East 18th Street.

As per the rally organizers, families and children in cramped urban living spaces need relief immediately. Barring children from playgrounds and schoolyards for even one additional, unnecessary minute is unhealthy, dangerous and cruel.

De Blasio continued to maintain Thursday that Black Lives Matter protestors would be allowed to gather even while other gatherings are forbidden during the coronavirus pandemic.

On several occasions during the past weeks, law enforcement have removed children and mothers from playgrounds in Williamsburg, though hundreds of demonstrators have marched nearby, calling for police reforms following the death of George Floyd, a black man who died when a Minneapolis police officer knelt on his neck.

Asked about this discrepancy by a Hamodia reporter last week, de Blasio replied that he sympathizes with the families who have been shut in and wish to spend a day in the park, but that shutting playgrounds is necessary to protect against a “resurgence of the disease.” At the same time, he said, he is allowing the protests, because, “I do think the moment that this city, this nation has gone through in the last two weeks or so is something very particular, very painful, very intense, very challenging, but also a moment where literally decades and centuries of the demand for change came forward, and real change is happening as a result.”

The mayor has repeatedly maintained that the Black Lives Matter protests will be permitted during the coronavirus shutdown even while other gatherings continue to be banned.