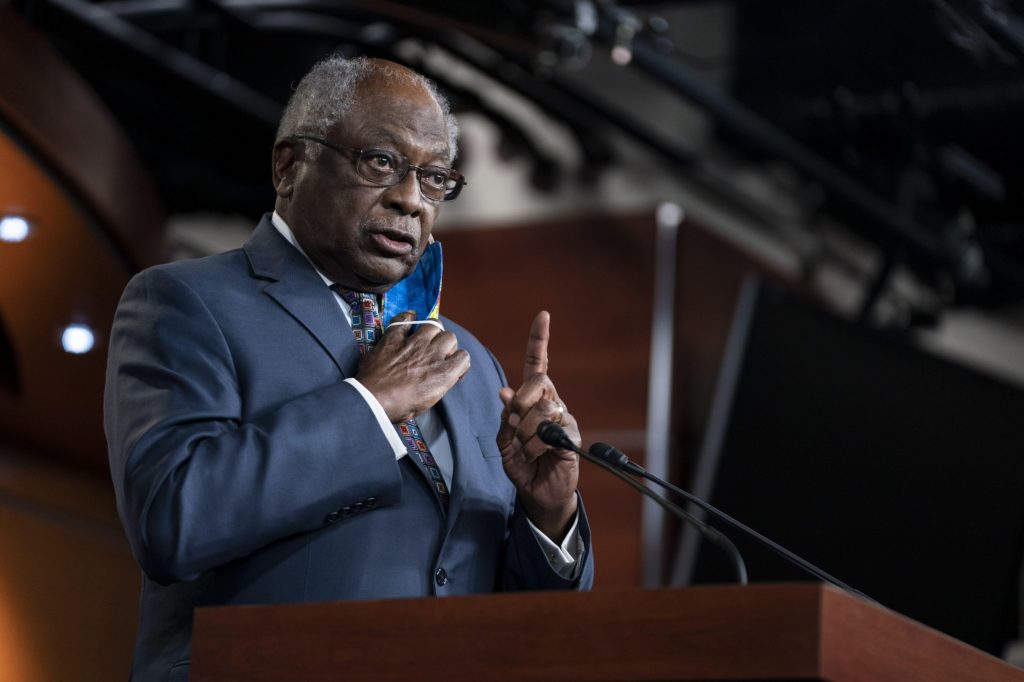 House Democratic Whip James Clyburn rejected calls within his party to defund police departments, aligning with more moderate proposals as Congress works on a response to nationwide protests against police brutality and racism.

“Nobody is going to defund the police,” Clyburn said on CNN on Sunday. “We can restructure the police forces” to ensure that young African Americans don’t have to fear them, he said. “This is a structure that has been developed that we’ve got to deconstruct.”

His comments contrasted with Minnesota Democrat Ilhan Omar, a leader of the defunding movement, who criticized likely Democratic presidential challenger Joe Biden for suggesting increased funding for police. Departments that are “beyond repair,” including the one in Minneapolis, should be dismantled “as we look for a new way forward” to provide public safety, she said on CNN.

Tension over policing and how to address perceived excesses in law enforcement that erupted after the death of George Floyd in Minneapolis policy custody reignited after a white police officer shot an African American man in Atlanta. That prompted protests and the resignation of the city’s police chief on Saturday.

While Democrats are calling for measures ranging from fundamental overhauls to targeted reforms, Senate Republicans are weighing proposals including racial bias training, increased use of body cameras and finally enacting the first federal anti-lynching law. Clyburn suggested there was room for a bipartisan compromise on legislation.

Oklahoma Republican James Lankford echoed that optimism, saying agreement on a national ban on police use of chokeholds should be straightforward.

“We absolutely have to be able to find common ground with the House,” he said on ABC.

Sen. Tim Scott, R-S.C., suggested any legislation is unlikely to include a national standard on the use of force. The goal is “finding the best practices around use of force around the country, and then provide that clarity and guidance for those departments who may need to have a better, better perspective on use of force,” he said on NBC’s “Meet the Press.” He signaled that how to punish transgressions — whether by reducing the immunity of police officers or decertification– remains in dispute.