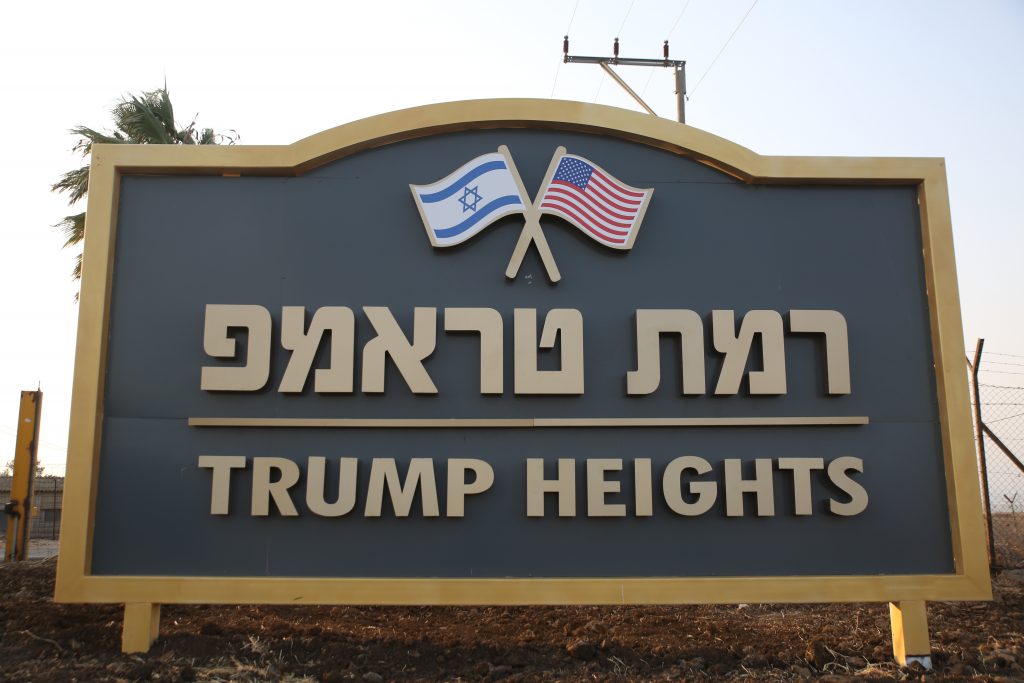 The Israeli cabinet voted on Sunday to approve funding for “Trump Heights,” a new town in the Golan Heights, on President Donald Trump’s 74th birthday.

Prime Minister Binyamin Netanyahu noted that the president recognized Israel’s sovereignty over the Golan Heights, adding a thank-you for President Trump’s decision to apply sanctions against the International Criminal Court, which has targeted the U.S. and Israeli militaries for alleged crimes in Afghanistan and Gaza, respectively.

The Trump Heights project was inaugurated a year ago near Kela Alon in the western Golan, where a gold-lettered sign was unveiled to mark the site.

The cabinet approved a budget of NIS 8 million, 3 million of which will go to planning in the Housing and Construction Ministry and the rest to the construction of temporary buildings.

The land designated for the town has yet to be put on the market.