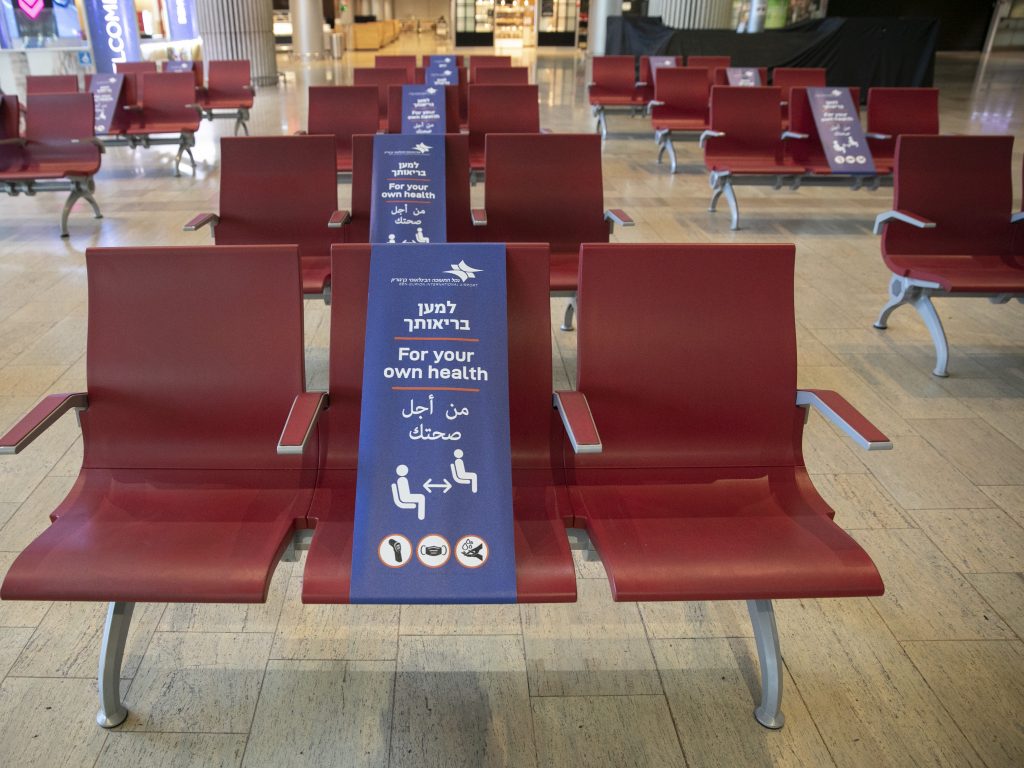 On Motzoei Shabbos, the Health Ministry reported that 18,972 people have been infected with coronavirus – a rise of 177 since Friday. 3,315 of the cases were active.

So far, 35 patients are listed in serious condition – up from 33 on Friday – among them 26 who are ventilated.

Among the newly infected are three of Prime Minister Binyamin Netanyahu’s security guards who work at his Yerushalayim residence. The guards are not in direct contact with Netanyahu, who therefore is not required to enter isolation.

The Prime Minister’s Office said that he was screened for the virus a few days ago and tested negative.

On May 4, as the government lifted restrictions, Netanyahu warned the country that there were three ways in which the easing of restrictions could be halted: should there be 100 new daily cases of infection – excluding individuals arriving from overseas, outbreaks in old-age homes and those living in towns or cities defined as outbreak hot spots; should the rate of infections return to doubling itself within 10 days; or should the number of patients in serious condition reach 250.

So far, Israel has crossed red lines in the first two of the three categories, with an average of more than 100 new cases being diagnosed per day. The only line that has not been crossed is the number of seriously ill patients. It seems that the reason for this is that much of the infection has started in the schools and the sick are therefore younger people. The Health Ministry showed that around 22% of positive cases are aged 20-29, as opposed to 7% who are over 70.

Despite the spike, the government on Friday announced that it had approved the opening of wedding and event halls on Sunday for events of up to 250 people.

“Even at these joyous events, adhere to the Health Ministry guidelines: wearing masks, hygiene and two-meters social distance,” Health Minister Yuli Edelstein said as the government announced its decision.

The government approved the opening of the halls for weddings or religious events, beginning on Sunday. The number of people at the event cannot exceed 250 and the space must be large enough for all guests to have their own two-square meters.

Hall operators are required to record the names and phone numbers of all guests and keep them for 20 days after an event.

Any non-wedding or non-religious ceremony is still required to adhere to previous guidelines of up to 50 people at a time. Breaking the rules is considered a criminal offense.