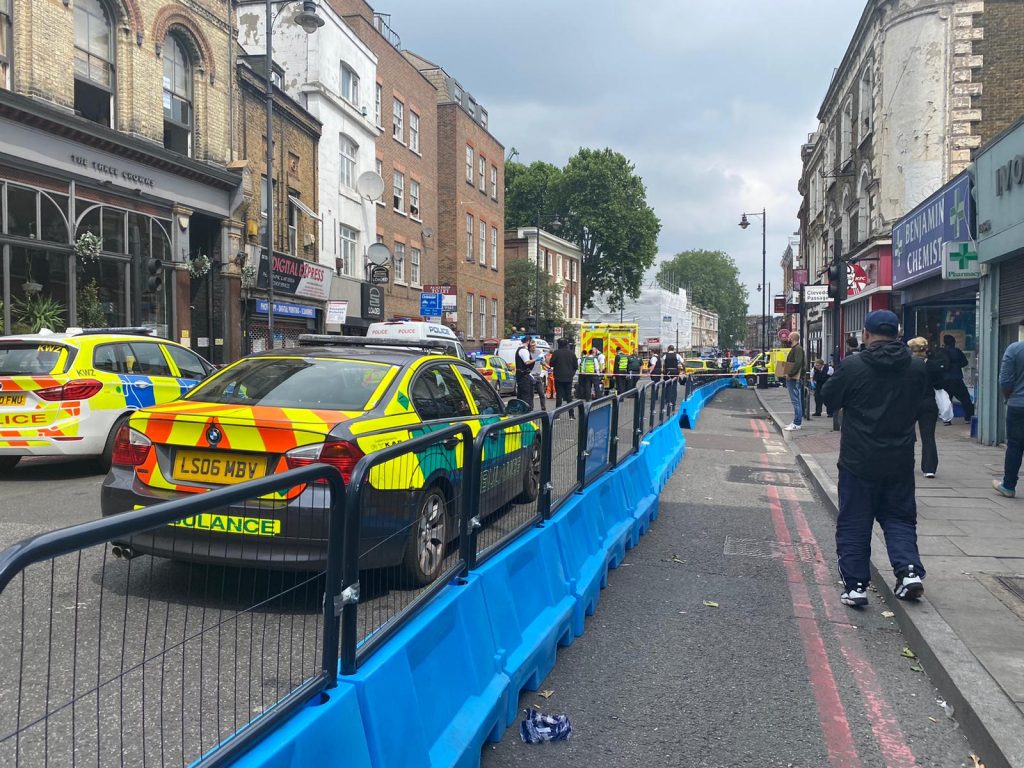 The victim, Rabbi Alter Yaakov Schlesinger, a man in his 50s who lived in the Stamford Hill neighborhood, was standing on a line outside a bank on Stoke Newington High Street, when a man began stabbing him.

Rabbi Schlesinger was stabbed eight times in the head and upper body, but only suffered light injuries, which one member of the London Jewish community described to Hamodia as a “miracle.”

The assailant, a man in his 40’s, was grabbed by bystanders, who held him down until police arrived. According to a statement by Stoke Newington Police Station Inspector Kevin Weeks, the attacker suffered “what are believed to be minor head injuries.”

In addition to police, Hatzalah, and London Ambulance Services, a London Air Ambulance Helicopter  responded, landing in a nearby park.

But the victim and assailant were both hospitalized by ground ambulance, as their injuries are not serious.

According to the Daily Mail, the assailant had just exited a nearby bus when he began the assault.

Witnesses said the assailant did not say anything during the assault. While police are not treating the incident as terrorism, Shomrim said in a statement, it “is being treated as a possible Hate Crime attack.”

Lazar Friedlander, who manages a construction site near the stabbing scene, told media outlets at the scene that he heard a “serious scream” and ran toward the scene.

“I saw a Jewish man covered in blood,” said Friedlander. “I’m Jewish myself, and I can see another Jewish man shouting ‘Hold him, catch him, he’s got a knife! Stabbing!’

“There were a couple of other people trying to grab him. Me and my brother managed to force him down and put his hands behind his back until the police came.”

“I wouldn’t call myself a hero, Friedlander said. “You act in the heat of the moment.”

In a statement to the community shortly before Shabbos, Shomrim said that “extra police reassurance patrols will be around over the next few weeks.”