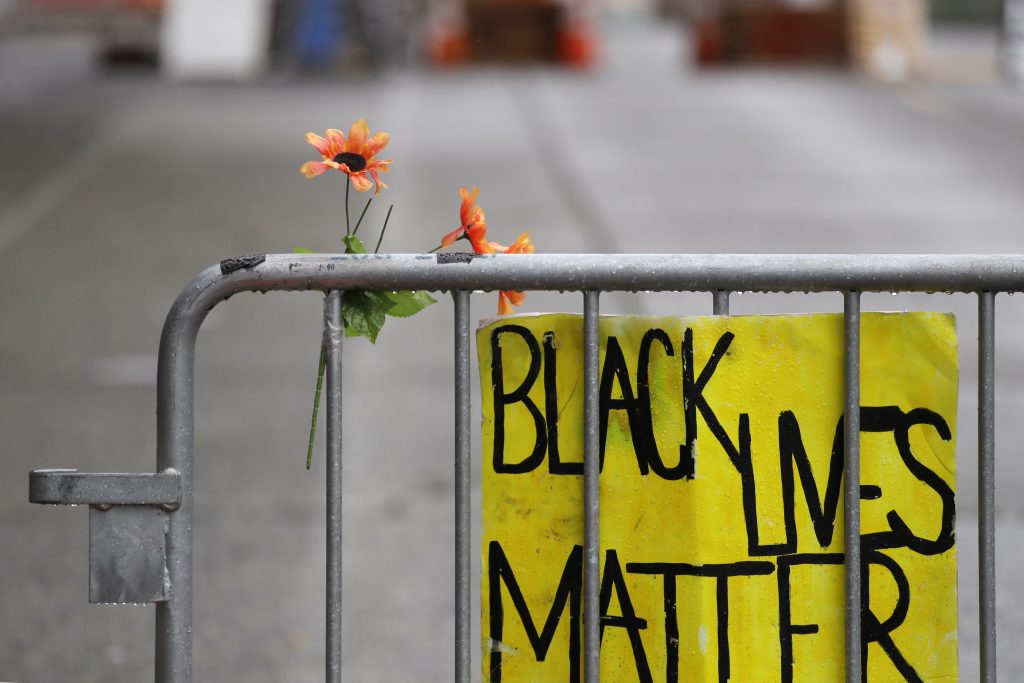 Following days of violent confrontations with protesters, police in Seattle have largely withdrawn from an area of the Capitol Hill neighborhood that has been transformed into a festival-like scene of murals, street merchants and a rotating group of public speakers.

The “Capital Hill Autonomous Zone” sprung up after police on Monday removed barricades near the East Precinct and basically abandoned the structure after officers used tear gas, pepper spray and flash bangs over the weekend to disperse demonstrators they said were assaulting them with projectiles.

Not everyone is happy about the scene in the densely packed neighborhood just east of downtown. On Wednesday night, President Donald Trump taunted Gov. Jay Inslee and Mayor Jenny Durkan about the situation and said the city had been taken over by “anarchists,” writing: “Take back your city NOW. If you don’t do it, I will.”

Across several blocks, dozens of people show up to listen to speakers calling for police reform, racial justice and compensation for Native groups on whose land the city of Seattle was founded.

Signs proclaim “You are entering free Capitol Hill” and “No cop co-op” along sidewalks where people sell water and other wares.

“From what I’ve gathered, we’re trying to take our community back so we can live without a massive police force patrolling the streets,” Michael Taylor told The Seattle Times.

Over the weekend, police were sharply criticized by City Council members and other elected leaders. Since officers dialed back their tactics, the demonstrations have largely been peaceful.

Police officials say they are looking to reopen the precinct. At a news conference Wednesday, Assistant Chief Deanna Nollette said the barriers were removed from the front of the building after it became a flashpoint between officers and protesters.

Nollette said the precinct has been boarded up because of credible threats that it would be vandalized or burned. She offered no details about the threats and no fires have been reported at the site.

She said protesters have set up their own barricades, which are intimidating some residents.

“We are dedicated to working with peaceful protesters on a way to move forward,” Nollette said.

Protesters have said they want to see the precinct turned into a community center or used for purposes other than law enforcement.