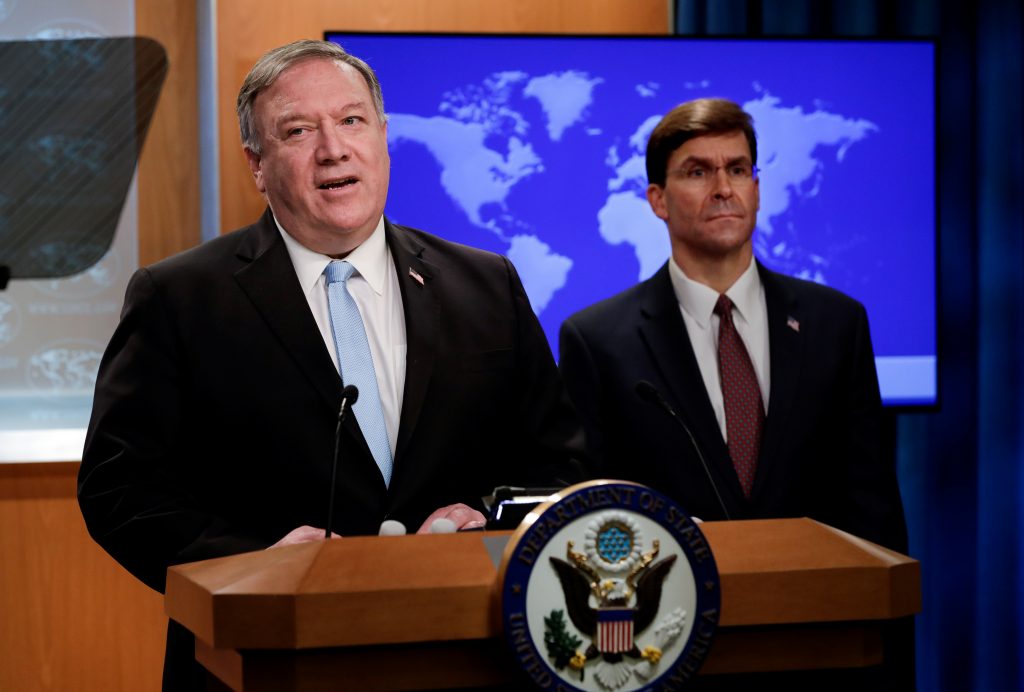 In announcing the president’s executive order, Trump administration officials said the Hague-based tribunal threatens to infringe on U.S. national sovereignty and accused Russia of manipulating it to serve Moscow’s ends.

“We cannot, we will not stand by as our people are threatened by a kangaroo court,” Secretary of State Mike Pompeo said in announcing the move.

“I have a message to many close allies in the world. Your people could be next, especially those from NATO countries who fight terrorism in Afghanistan right alongside us,” he said.

Foreign Minister Stef Blok of the Netherlands, a member of the Western security alliance, wrote on Twitter he was “very disturbed” by the U.S. stance, saying his nation supported the ICC, which he described as “crucial in the fight against impunity.”

The sanctions that can be imposed under the order include freezing the U.S. assets of those who help the ICC investigate or prosecute American citizens without U.S. consent as well as barring them and their families from visiting the United States.

Neither Pompeo nor any of the top officials who were present at the announcement – Defense Secretary Mark Esper, national security adviser Robert O’Brien and Attorney General William Barr – took questions from reporters.

The ICC had no immediate comment on the announcement.

ICC prosecutor Fatou Bensouda wants to investigate possible crimes committed between 2003 and 2014, including alleged mass killings of civilians by the Taliban, as well as the alleged torture of prisoners by Afghan authorities and, to a lesser extent, by U.S. forces and the CIA. The ICC investigation was given the go-ahead in March.

The ICC decided to investigate after a preliminary examination by prosecutors in 2017 found reasonable grounds to believe war crimes were committed in Afghanistan and that the court has jurisdiction.

The ICC was established in 2002 by the international community to prosecute war crimes, genocide and crimes against humanity. It has jurisdiction only if a member state is unable or unwilling to prosecute atrocities itself. The United States has never been a member of the court.

The U.S. action is the latest under Trump taking aim at an international body. Trump, who has promoted an “America First” policy, late last month said he would end the U.S. relationship with the World Health Organization.

Afghanistan is a member of the ICC, though Kabul has argued that any war crimes should be prosecuted locally.

Speaking at the U.S. announcement, Barr, the chief U.S. law enforcement officer, said the Justice Department “has received substantial credible information that raises serious concerns about a long history of financial corruption and malfeasance” in the ICC prosecutor’s office. He provided no details.

He also said the court was being manipulated by Russia, but did not elaborate on how.

John Bellinger, the State Department’s former top lawyer under Republican former President George W. Bush, said the two sides could have avoided the conflict but chose not to.

“It’s unfortunate that the long-running U.S. dispute with the ICC has reached this new low point. … It’s not surprising that the Trump administration has reacted forcefully with threatened sanctions, especially in an election year,” he said.

The Trump administration imposed travel restrictions and other sanctions against ICC employees a year ago.