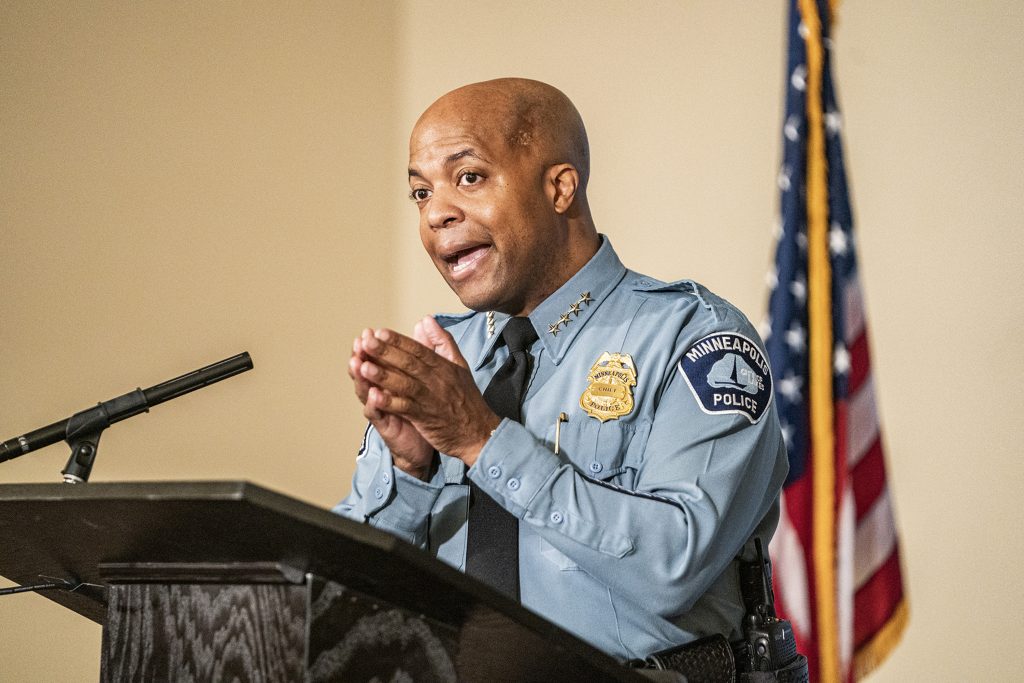 The letter obtained by the Star Tribune, begins, “Dear Everyone — but especially Minneapolis citizens,” and claims to represent how the “vast majority” of Minneapolis police officers feel at this moment.

“We want to work with you and for you to regain your trust,” it read, while also making clear that the letter is not representative of the Police Officers’ Federation of Minneapolis, with which Arradondo said Wednesday that he was halting contract negotiations.

The writers “wholeheartedly condemn” fired Officer Derek Chauvin who is in jail awaiting trial on a second-degree murder charge of George Floyd. Two other now-former officers, J Alexander Kueng and Thomas Lane, held Floyd down and a third, Tou Thao, kept onlookers at bay. They were also fired and are charged with aiding and abetting murder and manslaughter.

“Like us, Derek Chauvin took an oath to hold the sanctity of life most precious,” the officers wrote. “Derek Chauvin failed as a human and stripped George Floyd of his dignity and life. This is not who we are.”

The current officers who wrote the letter declined further comment, saying the letter speaks for itself. But it’s a rare example of officers taking a stand outside their ranks.

The signees, however, include some of the most prominent and respected officers, including Homicide Detective Charlie Adams, who was a driver and the security detail for former Mayor Sharon Sayles Belton.

Also on the letter are Rick Zimmerman and Darcy Klund, two of the most experienced homicide investigators in the past three decades along with John Delmonico, the former head of the union that represents the police.

All say they are ready to listen and embrace the calls for change, reform and rebuilding.

“We are leaders, formal and informal, and from all ranks within the Minneapolis Police Department,” the letter said. “We’re not the union or the administration. We are officers who represent the voices of hundreds of other Minneapolis Police Officers. Hundreds. We acknowledge that Chief Arradondo needs each of us to dutifully follow him while he shows us the way.”