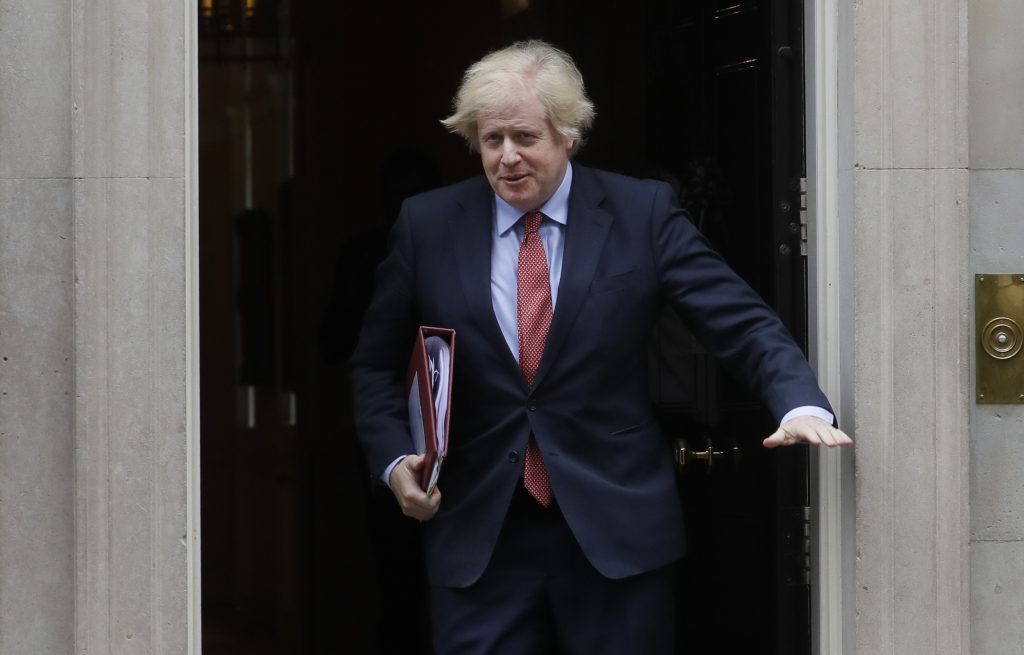 A scientist whose modeling helped set Britain’s coronavirus strategy said Wednesday that the country’s death toll in the pandemic could have been cut in half if lockdown had been introduced a week earlier.

Britain has the world’s second-highest number of confirmed COVID-19 deaths, at more than 41,000. Including cases where the coronavirus was suspected but not confirmed by a test, the total is over 50,000 people dead.

Neil Ferguson, professor of mathematical biology at Imperial College London, told lawmakers that when key decisions were being made in March, scientists underestimated how widely the virus had spread in the U.K.

He told Parliament’s Science and Technology Committee that “the epidemic was doubling every three to four days before lockdown interventions were introduced,” rather than the five to six days estimated at the time.

Ferguson said that “had we introduced lockdown measures a week earlier, we would have reduced the final death toll by at least a half.”

He also said the death toll would have been lower if residents of nursing homes had been shielded from infection, something that didn’t happen effectively enough.

Ferguson developed models that earlier this year predicted hundreds of thousands would die unless the U.K. imposed drastic restrictions to slow the spread of the coronavirus.

On March 16, Ferguson and colleagues published a paper suggesting that even with some social distancing measures, the U.K. could see 250,000 virus-related deaths and the United States a death toll of about 1 million. Ferguson predicted those figures could more than double in both countries in a worst-case scenario.

The following day, Prime Minister Boris Johnson advised Britons to work from home, if possible, and to avoid unnecessary social gatherings. A nationwide lockdown followed on March 23, barring people from visiting friends and family that they don’t live with.

Johnson’s Conservative government is facing strong criticism for allegedly being slow to act against the virus. The government says it followed the advice it was given at the time by scientific advisers.

Ferguson said the measures taken in March were warranted “given what we knew about this virus then in terms of its transmission and fatality.”

Asked at a government news conference whether mistakes had been made, Johnson said, “At the moment it’s simply too early to judge ourselves.”

“We made the decisions at the time on the guidance of SAGE (the government’s Scientific Advisory Group for Emergencies), including Professor Ferguson, that we thought were right for this country,” the prime minister said.

The government has begun to ease the lockdown, with the relaxing of movement restrictions and the return of some children to school, but says it will proceed cautiously. The U.K. is still seeing several thousand new confirmed coronavirus cases and hundreds of deaths a week.

“The epidemic is shrinking, but not fast,” said the government’s chief scientific officer, Patrick Vallance. “That urges caution.”

Non-essential stores and outdoor spaces such as zoos are being allowed to reopen in England starting Monday. And starting this weekend, adults living alone and single parents can form “support bubbles” with one other household. Members of the same bubbles can meet, indoors or out, without remaining 2 meters (6 ½ feet) apart.

The government says the policy is intended to help people who have been especially isolated during the 11-week lockdown.

The change means some grandparents will be able to hug their grandchildren for the first time in months.

However, the new rule applies only in England. Scotland, Wales and Northern Ireland can make their own policies.