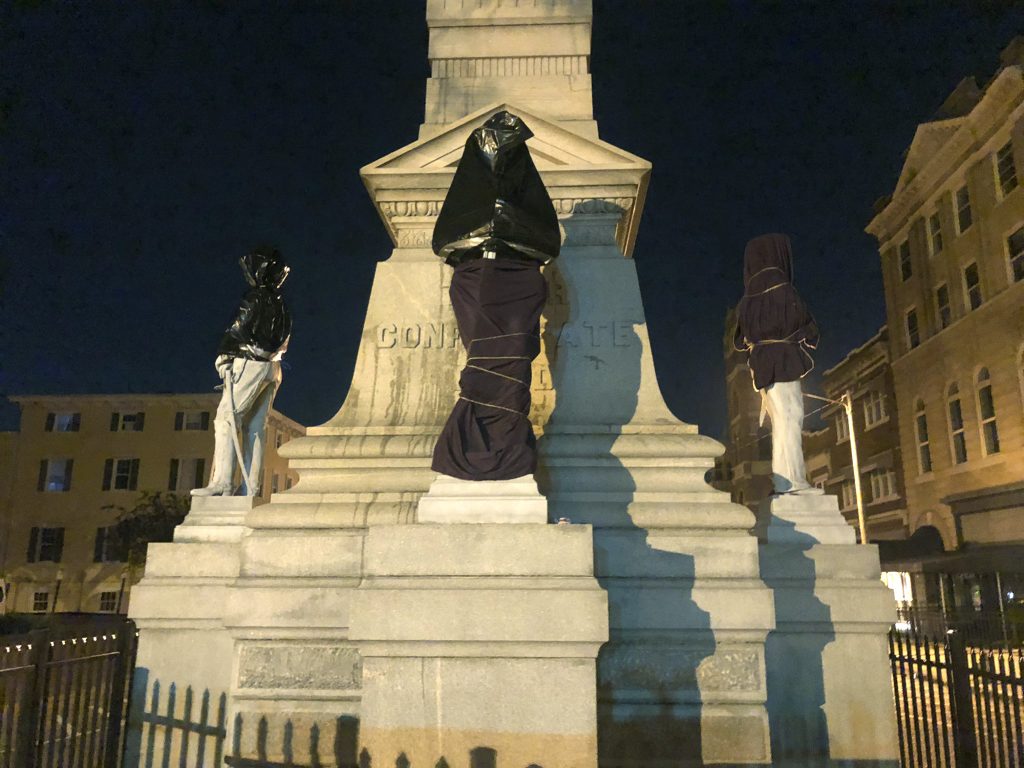 Protesters in Portsmouth, Virginia, covered statues at a Confederate monument in the city with sheets and bags Wednesday, several hours after the city’s council members had a meeting about relocating it.

A white sheet that read “BLM” covered the fence in front of the monument after the Portsmouth city council met Tuesday to discuss its removal, WVEC-TV reported. Mayor John Rowe proposed allocating $100,000 to remove the statue and possibly relocate it to a local cemetery.

The question about who owns the monument has been a roadblock in the city’s long quest to remove it. During the council’s meeting Tuesday, Rowe asked the city attorney if Portsmouth has the right to move the 127-year-old memorial. In 2018, a judge denied the city’s claim to own it because no one else had tried to claim it.

The local chapter of the NAACP and protesters have called for the 54-foot monument to be taken down.

A recent bill signed by Gov. Ralph Northam will allow cities to move or alter Confederate monuments they own starting July 1.