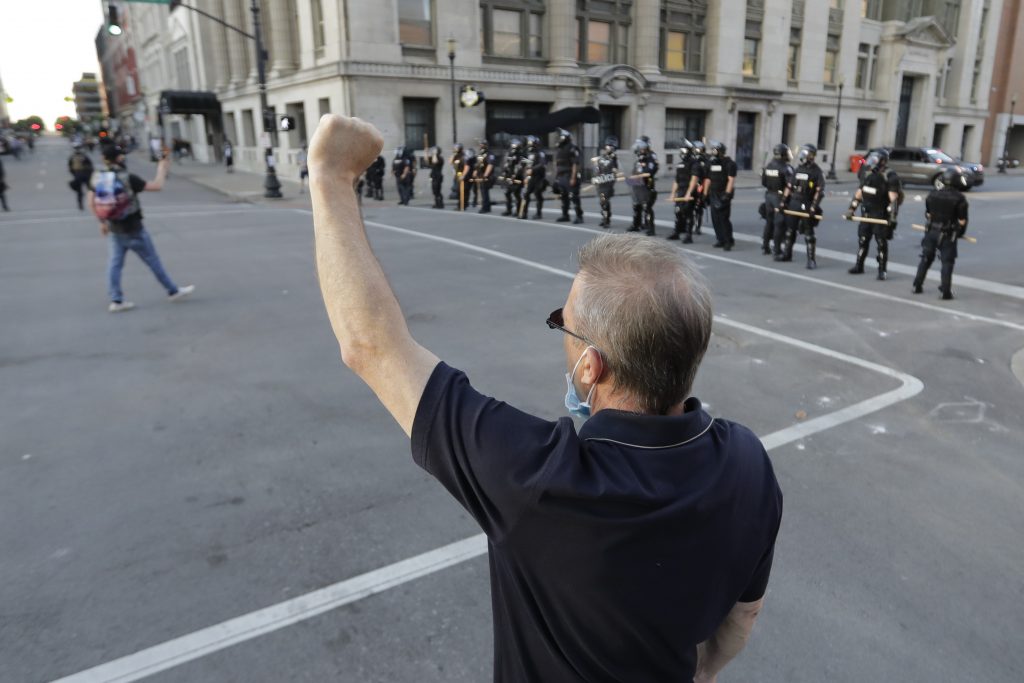 Personal information of police officers in departments nationwide is being leaked online amid tense interactions at demonstrations across the U.S. over the police custody death of George Floyd and others, according to an unclassified intelligence document from the U.S. Department of Homeland Security, obtained by The Associated Press.

The document warns that the effort, known as “doxxing,” could lead to attacks by “violent opportunists or domestic violent extremists” or could prevent law enforcement officials from carrying out their duties.

Multiple high-ranking police officials in a number of cities, including Washington, Atlanta, Boston and New York have had their personal information shared on social media, including their home addresses, email addresses and phone numbers, the report warns.

“At least one of the police commissioners was targeted for his alleged support of the use of tear gas to disperse protests,” it says.

Police officials nationwide have spoken out lately saying they feel caught in the middle of trying to stop violent protests, and feel abandoned by lawmakers in the demand for police reform. Some have said they fear for their lives.

“Stop treating us like animals and thugs, and start treating us with some respect! We’ve been vilified. It’s disgusting,” New York State police union official Mike O’Meara said as lawmakers in New York State repealed a law known as Section 50-a that keeps police records secret.

But the demonstrations around the country have centered on the police use of excessive force in the killings of minorities.

Floyd’s death, caught on video, sparked widespread demonstrations and the debate over force.

A 26-year-old EMT, Breonna Taylor was killed by police who had served a no-knock search warrant at her Kentucky home on March 13 as part a of drug investigation. She was not the suspect they were seeking.

The personal information of another officer from San Jose, California, and his family was also posted online in a post that called for others to “do with this information what you will,” the report said.

It is not illegal to post the personal information of law enforcement officers online, though many social media companies specifically prohibit its sharing as part of their terms of service.

Officers are being encouraged to increase their security settings on their accounts, like using multi-factor email authentication and strong passwords. The report also suggests avoid taking online quizzes or games that elicit personal information, to be wary of suspicious emails and not to post phone numbers online.