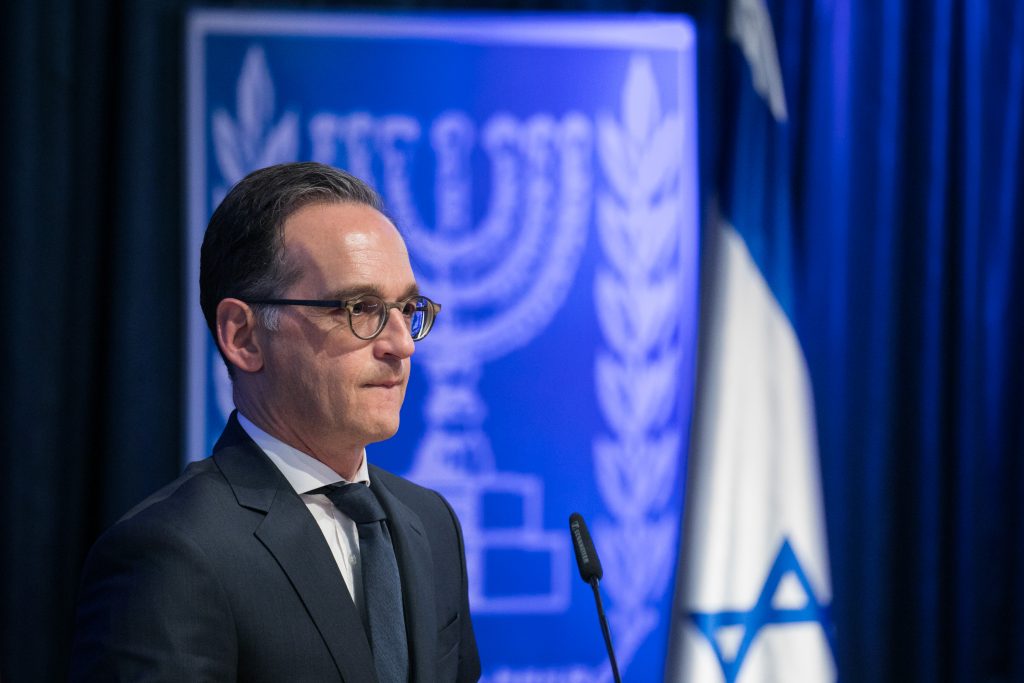 Israeli Prime Minister Binyamin Netanyahu‏‏ told German Foreign Minister Heiko Maas on Wednesday that the world was being given a distorted picture of what Israeli annexation will look like.

Maas, who was in Yerushalayim on Wednesday to urge Netanyahu to back off annexation, heard from the prime minister that the world should stop “feeding the illusion of displacing people from their homes,” according to a statement from his office.

“The prime minister upheld Israel’s vital interests in any future deal, such as the need for full security control west of the Jordan. In addition, Prime Minister Netanyahu said any realistic plan must recognize the Israeli settlements in the area and not feed the illusion of displacing people from their homes,” the statement read.

In a similar vein, Defense Minister Benny Gantz told Maas that extension of Israeli sovereignty “will [be advanced] with a responsible outlook and the utmost dialogue with various actors in the region, and as part of a broad international dialogue,” according to a statement from his office.

In a press conference with Haas, Foreign Minister Gabi Ashkenazi stressed that annexation is not yet a fact in any form, and asked Germany to wait for events before taking any steps against it.

Asked about the maps being drawn to indicate which areas Israel would annex, Ashkenazi noted that the maps have not been finalized.

Moreover, even when they are completed, they will not determine the outcome. “The map is not a decision. It will be the basis for a decision we will make,” Ashkenazi said.

Separately, in a meeting with leaders from Yehuda and Shomron on Tuesday, Gantz counseled them to be pragmatic, and not to reject the Trump peace plan because it allows for the possibility of a Palestinian state.

“What’s being offered to you, take. As for the rest, you can deal with it later,” he was quoted as saying at the meeting in Beit El.