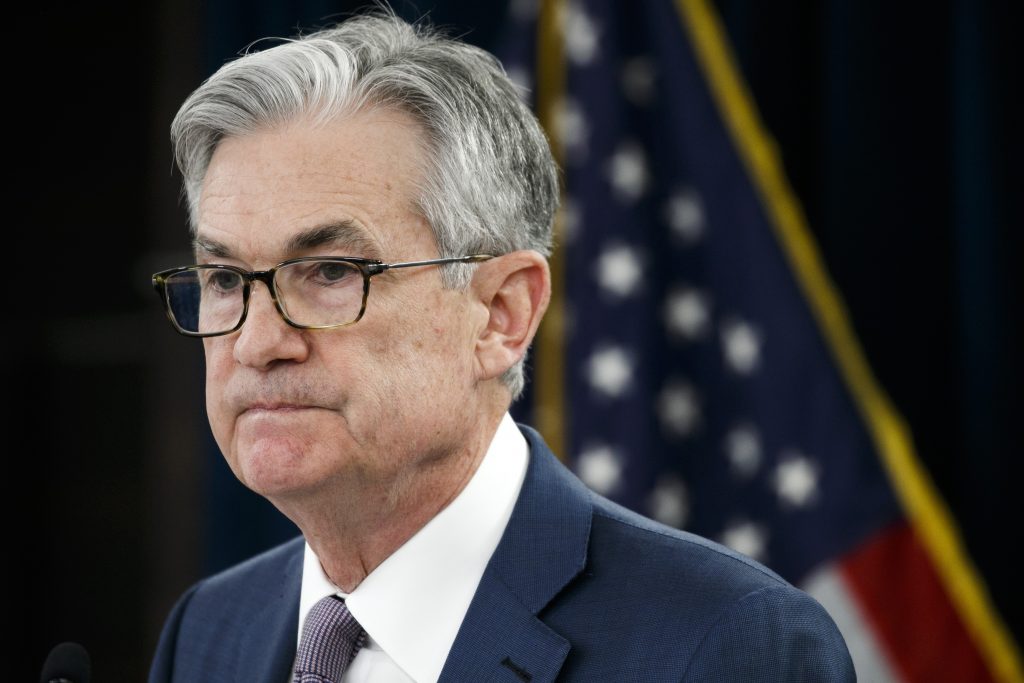 Confronted with an economy gripped by recession and high unemployment, the Federal Reserve made clear Wednesday that it will keep supplying all the help it can by buying bonds to maintain low borrowing rates and forecasting no rate hike through 2022.

The Fed has cut its benchmark short-term rate to near zero. Keeping its rate ultra-low for more than two more years could make it easier for consumers and businesses to borrow and spend enough to sustain an economy depressed by still-widespread business shutdowns from the coronavirus.

Stock prices initially rallied modestly after the Fed issued its latest policy statement at 2 p.m. Eastern time before falling back into negative territory.

In the statement, which followed its latest meeting, the Fed also credited its emergency lending programs for reviving the flow of credit to households and businesses, after markets had locked up in March when investors sold a range of securities to boost their cash holdings.

The central bank noted in its statement that the viral outbreak has caused a sharp fall in economic activity and surge in job losses. Fed officials estimate that the economy will shrink 6.5% this year, in line with other forecasts, before expanding 5% in 2021. They foresee sees the unemployment rate at 9.3%, near the peak of the last recession, by the end of this year. The rate is now 13.3%.

The Fed also specified that it will buy $80 billion of Treasury securities a month and $40 billion in mortgage-backed securities. The central bank has been slowing its purchases from as high as $375 billion a month in March. But this is the first time that the Fed has indicated the size of the purchases it will pursue in the coming months.

At a virtual news conference, Chairman Jerome Powell began by acknowledging the widespread protests in the aftermath of George Floyd’s killing that have called attention to racial injustices.

“I want to acknowledge the tragic events that have put a spotlight on (issues of racism),” Powell said. “There is no place at the Federal Reserve for racism, and there should be no place in our society.”

The chairman stressed that the economy remains in need of extraordinary help despite recent glimmers of a possible recovery, including a government report Friday that employers surprisingly added jobs in May.

Since March, the Fed has slashed its benchmark short-term rate, bought $2.1 trillion in Treasury and mortgage bonds to inject cash into markets and rolled out nine lending programs to try to keep credit flowing smoothly. Most analysts expect the Fed to pause and assess the economic landscape before embarking on any further actions, which could come at September’s meeting.

The Fed’s actions are credited with having helped fuel an extraordinary rally in the stock market, which has nearly regained its pre-pandemic high after a dizzying plunge in March.

And by committing to buy corporate bonds, thereby reinvigorating the market for such securities, the Fed has also ensured that corporations can continue to borrow. Its initiatives also include a first-ever program through which the Fed is buying state and local government debt to support the municipal bond market.

Many economists say those steps have prevented the downturn from worsening, by keeping credit flowing. This week, the National Bureau of Economic Research, the official arbiter of recessions, declared that the U.S. economy entered a recession in February.

One challenge for the Fed now is to shift its focus from the emergency actions it took in March and April to try to carry the economy through a shutdown, to what steps it will take to stimulate a recovery as businesses increasingly reopen.

In remarks last month, Fed Vice Chair Richard Clarida stressed that the viral outbreak remains a menace to the economy. But he also indicated that Fed officials want to see a few more months of data to gauge the economy’s health before determining their next steps.

For now, Fed officials likely feel little pressure to act further because few investors expect them to make any changes to their benchmark rate anytime soon. Though the Fed could technically cut rates into negative territory, Powell has largely rejected negative rates as an option.

Still, there are additional steps the Fed can take. The Fed could specify how long it’s prepared to keep short-term rates near zero and how much bond buying it will do to hold down longer-term rates. This guidance can help the economy by reducing the likelihood that investors will send longer-term rates up.

In 2011, as the economy struggled to recover from the 2008-2009 recession, the Fed for the first time set a specific date for any potential rate hikes, saying it would keep rates low “at least through mid-2013.” That date was then extended twice until mid-2015.

But the Fed in 2012 replaced its date-based guidance. Instead, it said it would keep rates at nearly zero “at least as long as the unemployment rate remains above 6.5%.” Most economists considered this approach more effective because it assured that economic progress would have to be made before the Fed would tighten credit.

The Fed has bought $2.2 trillion in bonds since March, when financial markets locked up as investors rushed to unload Treasurys and other securities in exchange for cash. The markets are now largely functioning. and the Fed’s purchases have slowed.

Yields on the 10-year Treasury note, which are near historic lows, could rise as the government issues trillions in Treasury securities to fund an annual deficit projected to reach $3.7 trillion this budget year.